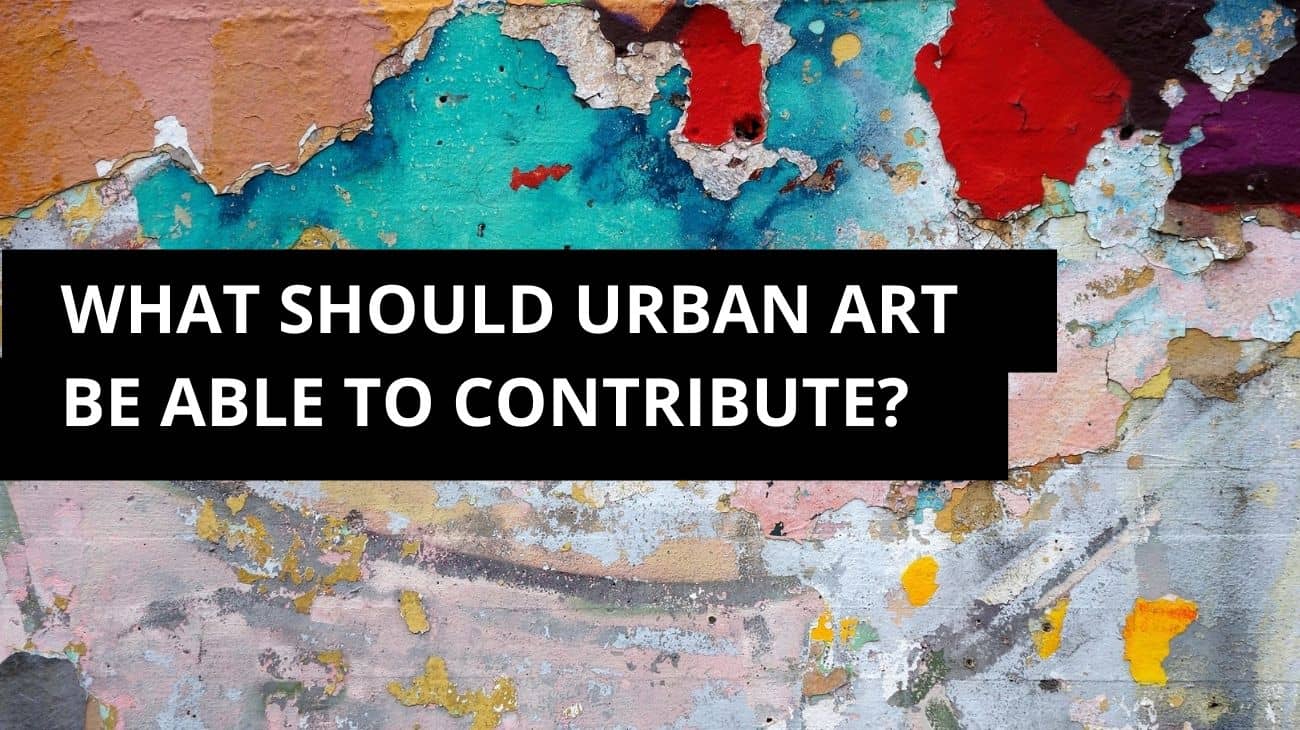 “Urban art should be a mirror of society and stimulate the viewer to a discourse. The advantage of urban art over the classical art sector is that it can give access to art to all people, regardless of their social or intellectual status.

For us, the most beautiful thing is to put a stumbling block in people’s daily paths and to interrupt their everyday structures with a mural for a moment. The upgrading of the partly gray city structures and the enhancement of the identification of the inhabitants with their neighborhood is important to us. Therefore, we often reflect the urban environment or the social context of the mural.” 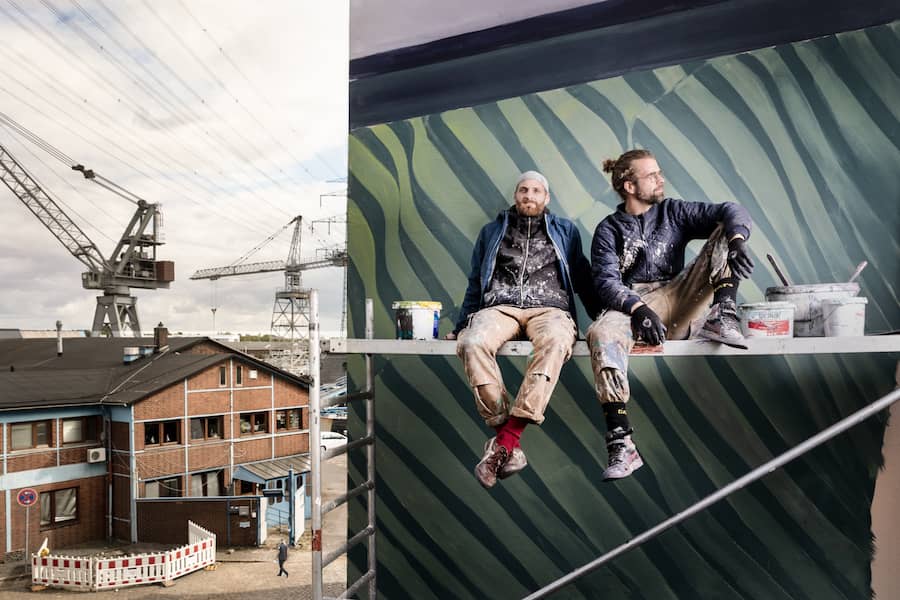 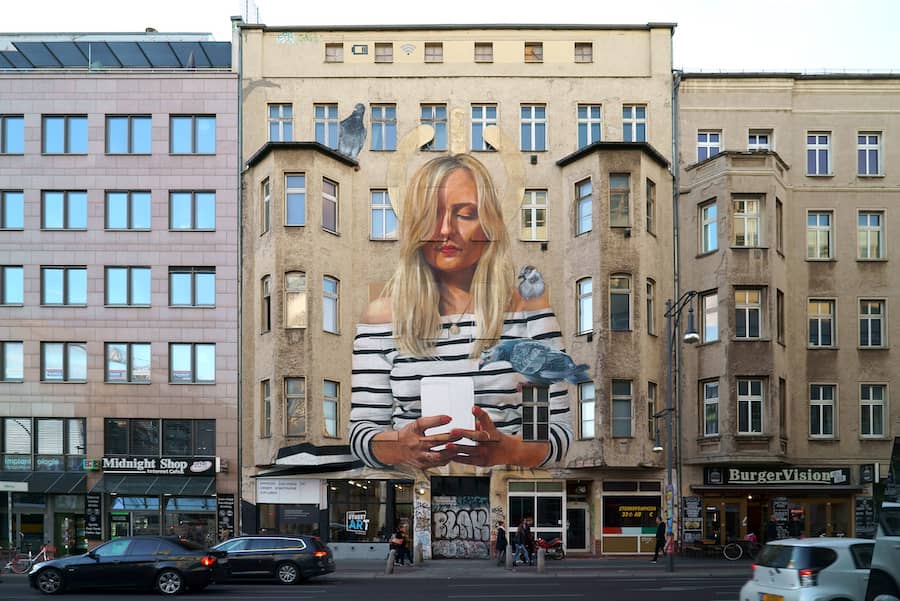 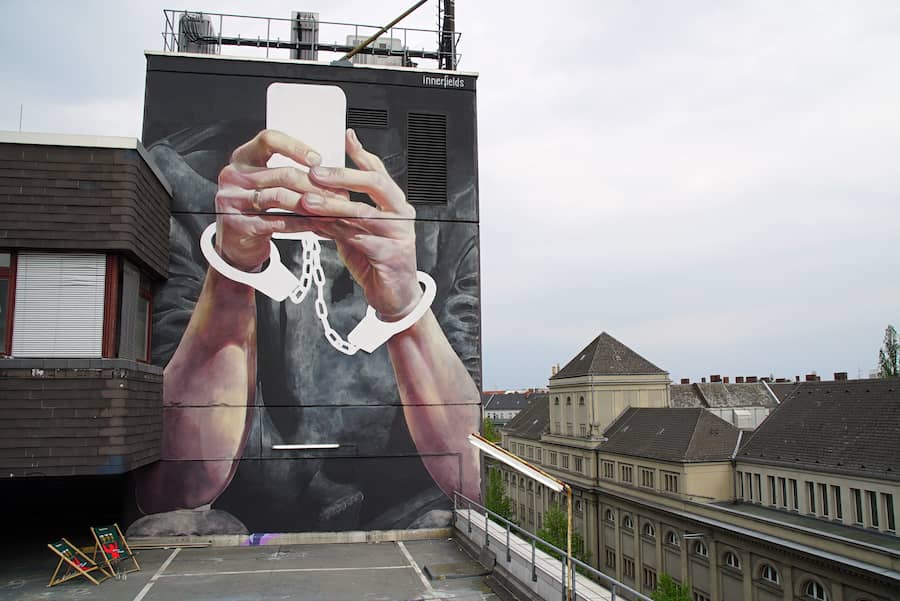 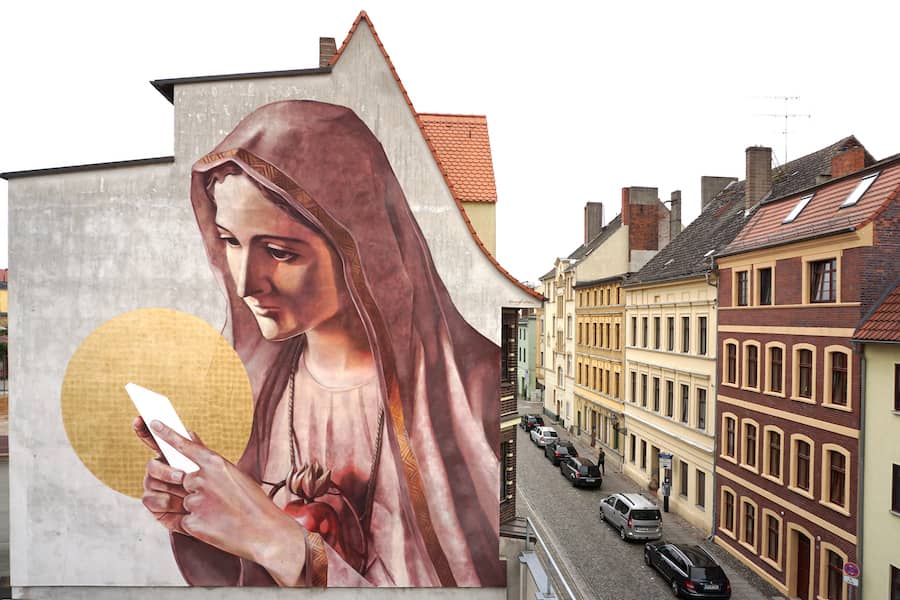 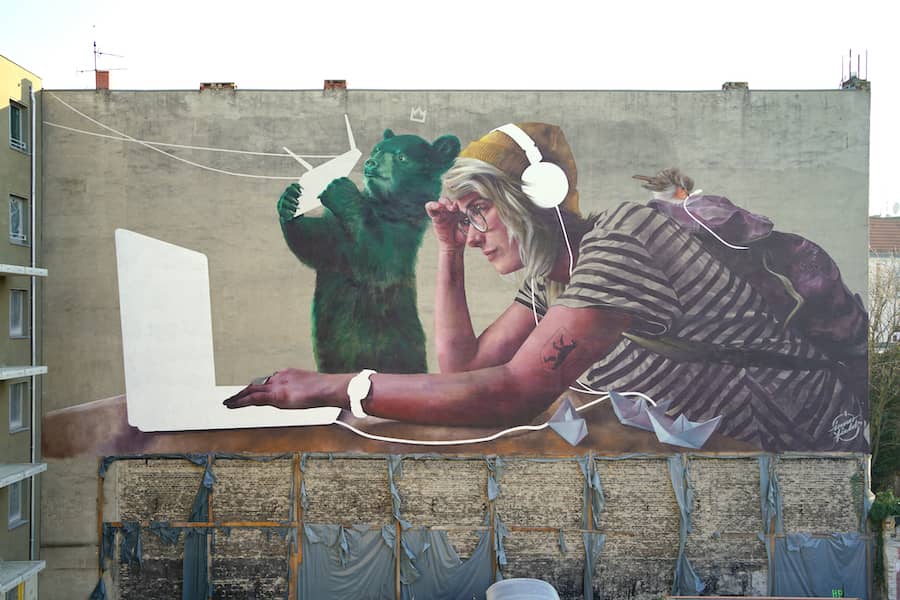 “Urban art can excite or make people think. In my case, urban art must be able to excite, in a positive sense. I see my works as sparks scattered throughout the city that can stimulate those who pass through them and let people’s imaginations explode.” 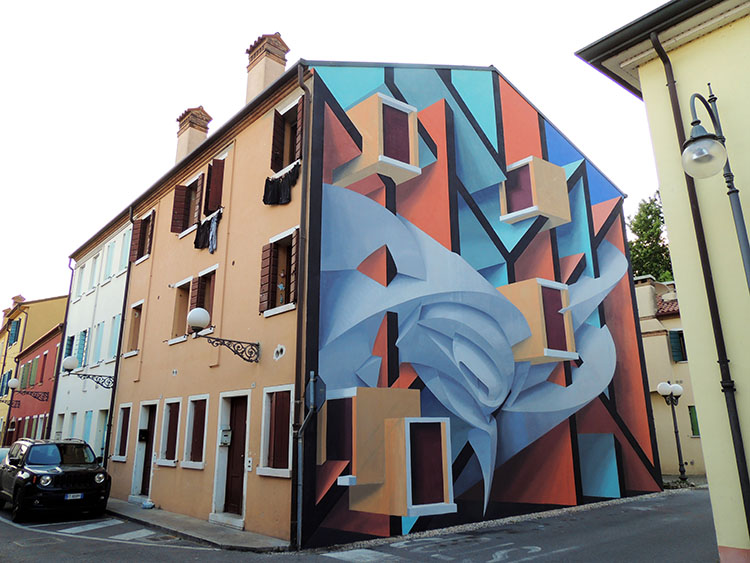 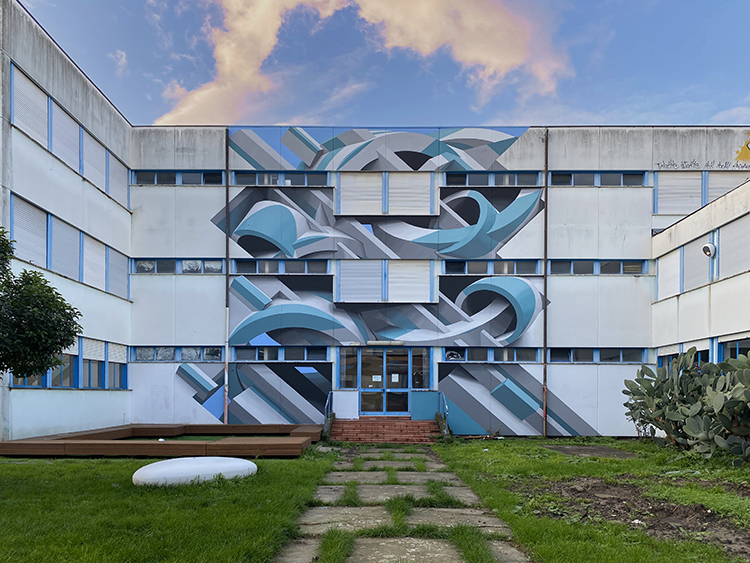 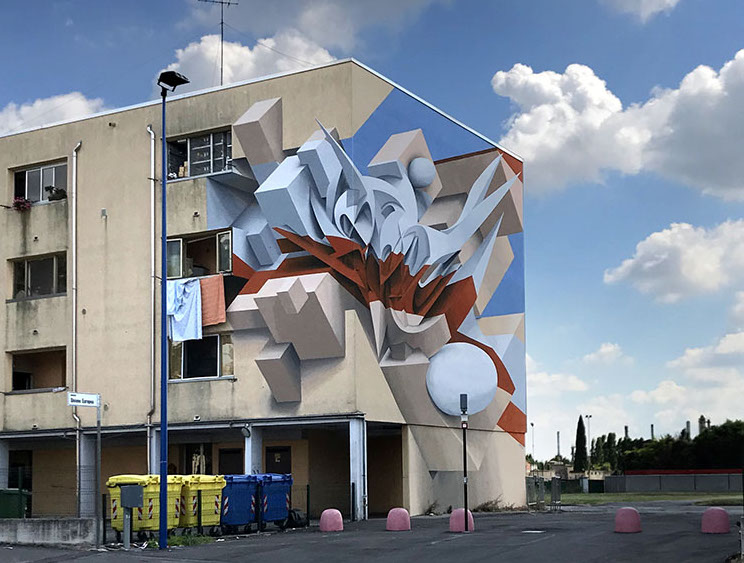 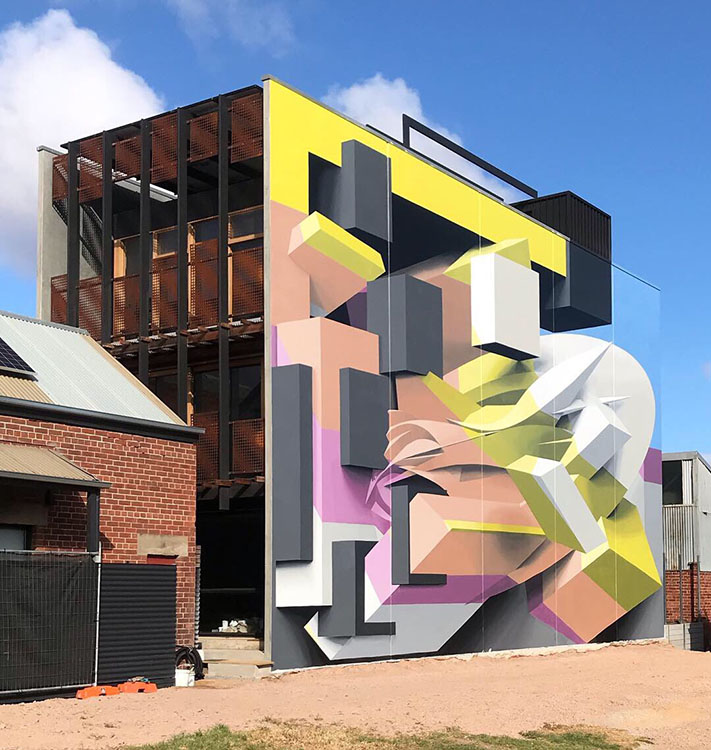 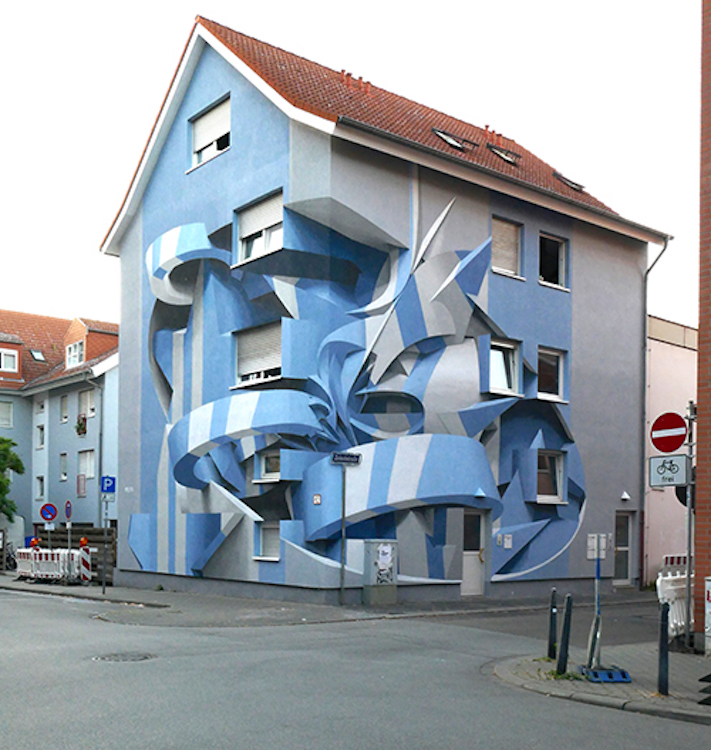 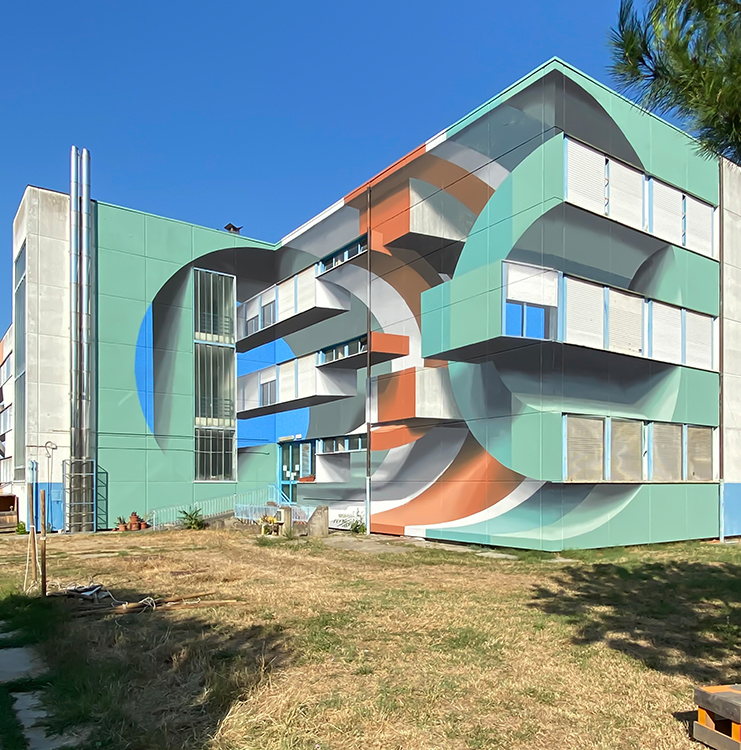 “I think urban art is a very important form of art: a new democratic art movement addressing everybody, worldwide, done by so many artists – it’s actually the biggest art movement in ages, I think.

Sometimes it contains a political or environmental message about actual problems and can make people think about this message. But it could also be just a beautiful piece with no specific meaning at all, for people to enjoy. It brings art to all people. Everybody can enjoy it on the streets, even people who can’t visit a museum, like homeless people. It’s everywhere. It brings colors and happiness to the grey areas in the cities and can really transform a bad neighborhood into a hip and upcoming area.” 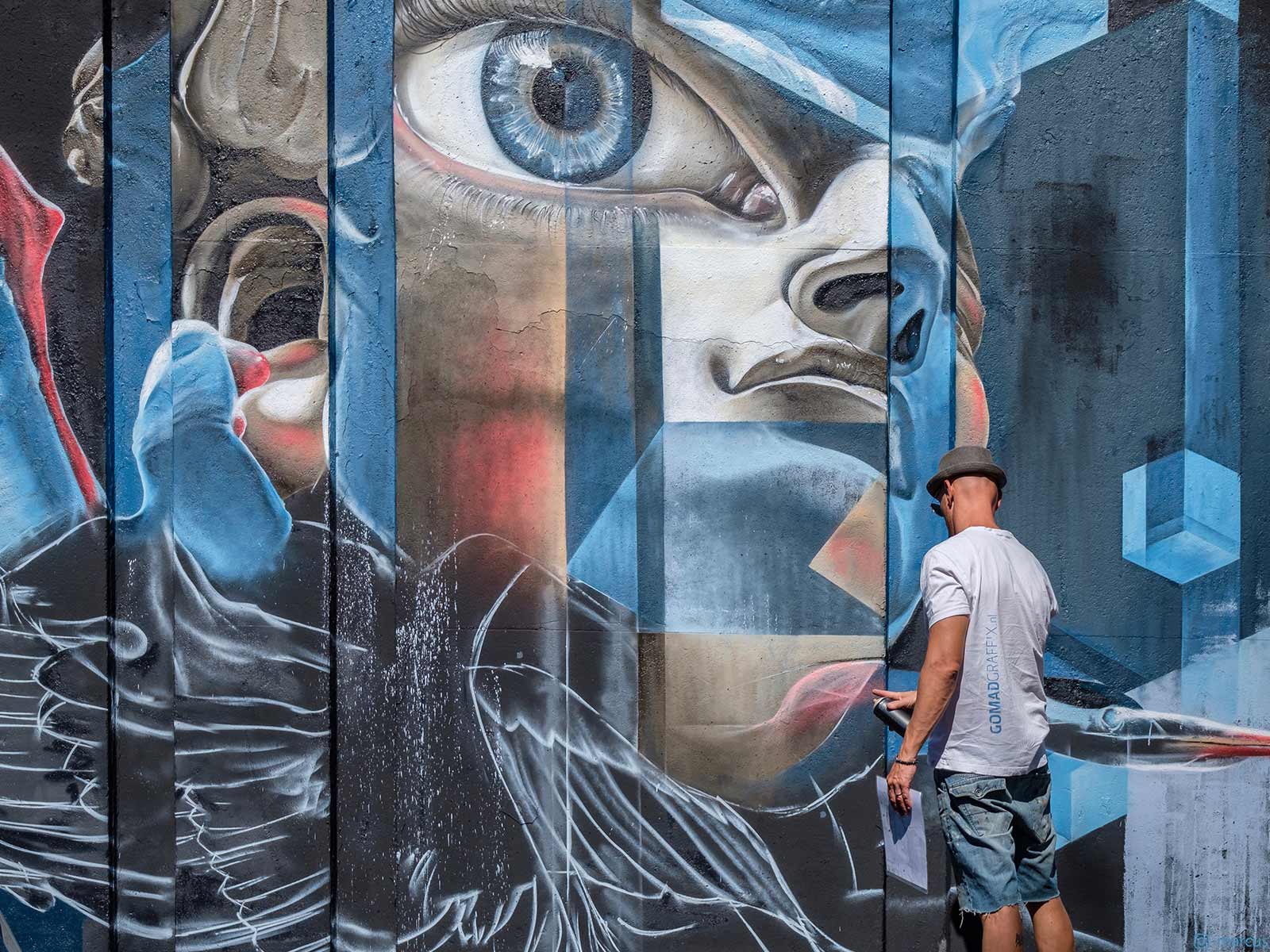 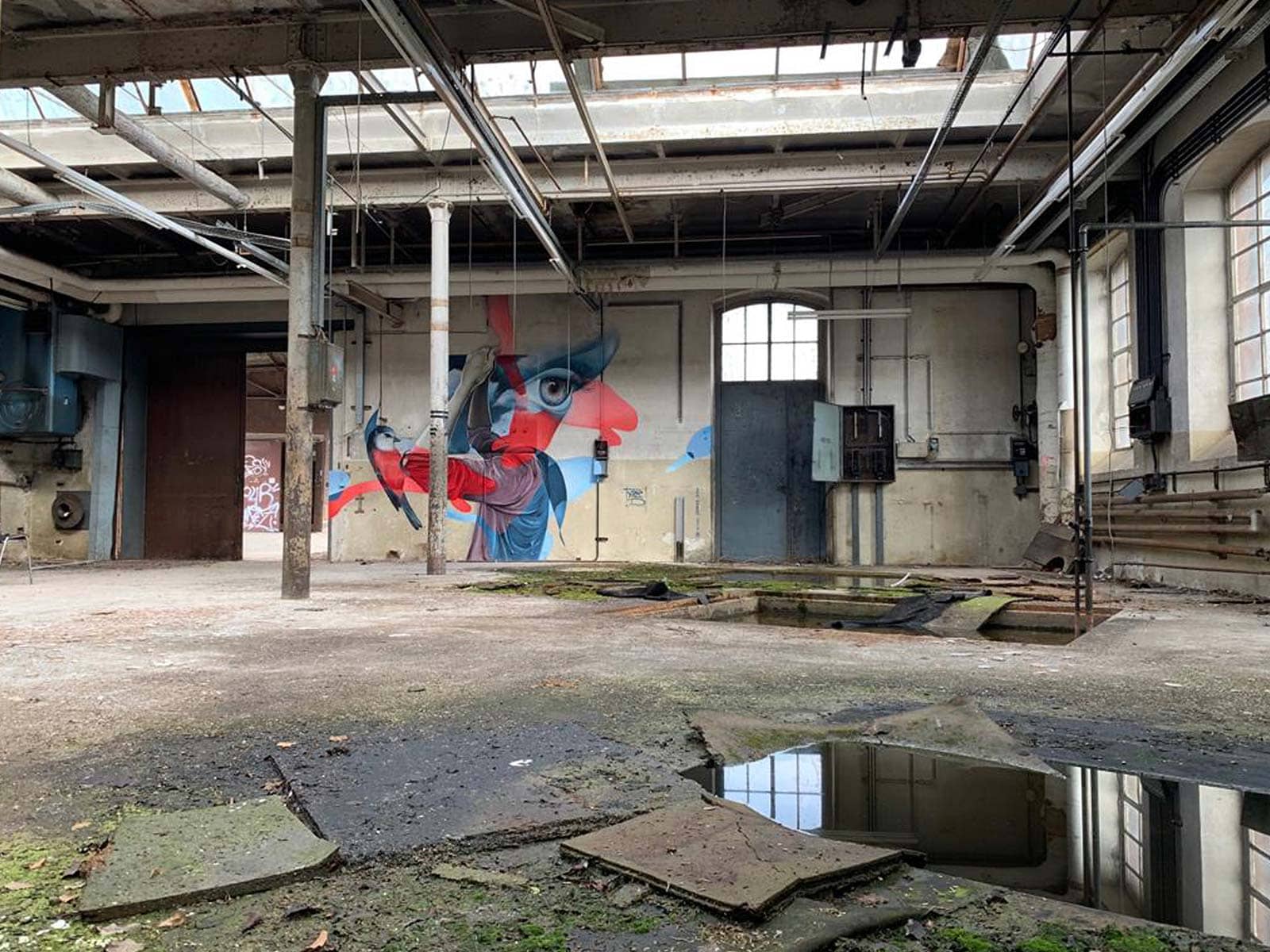 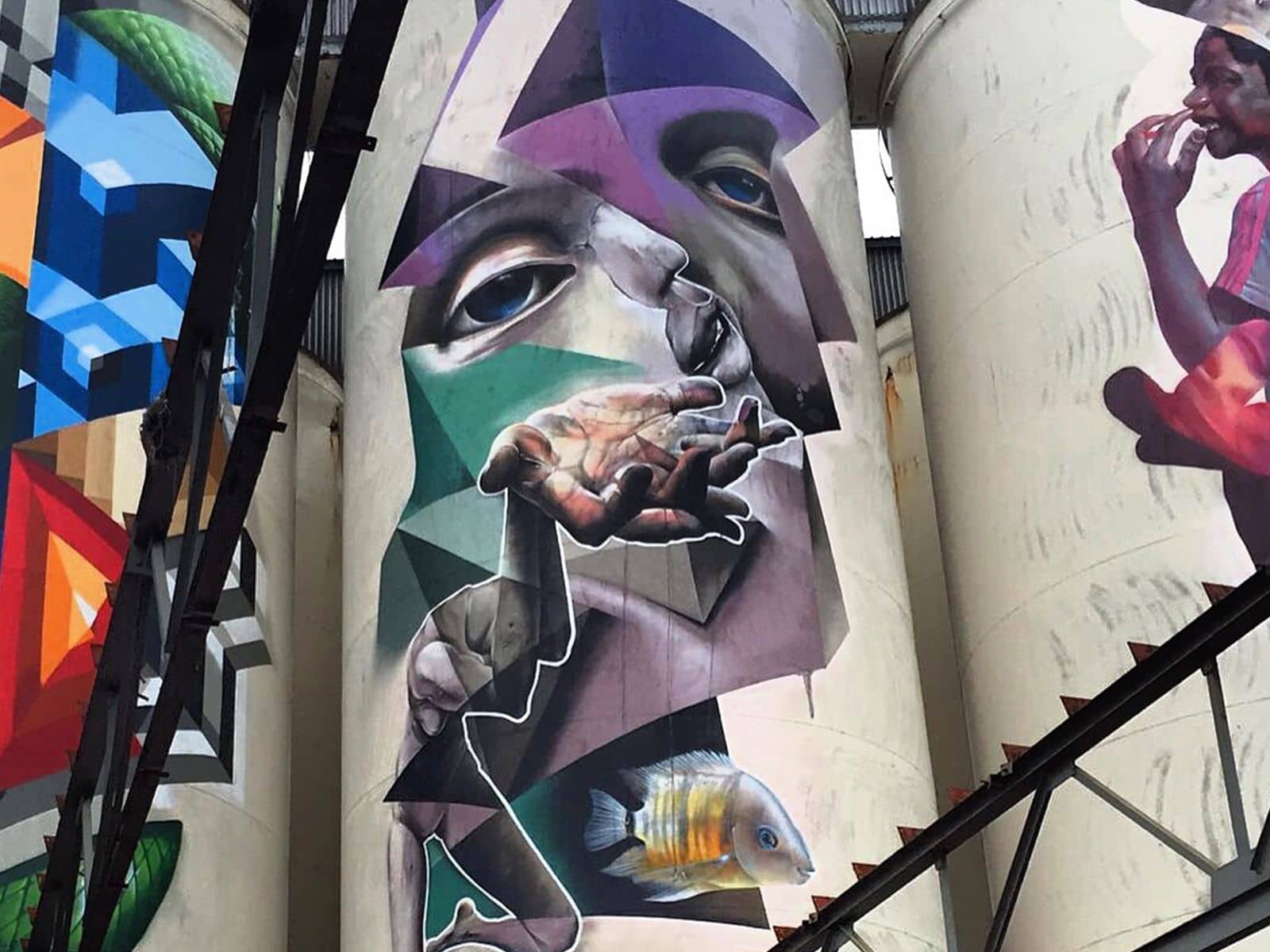 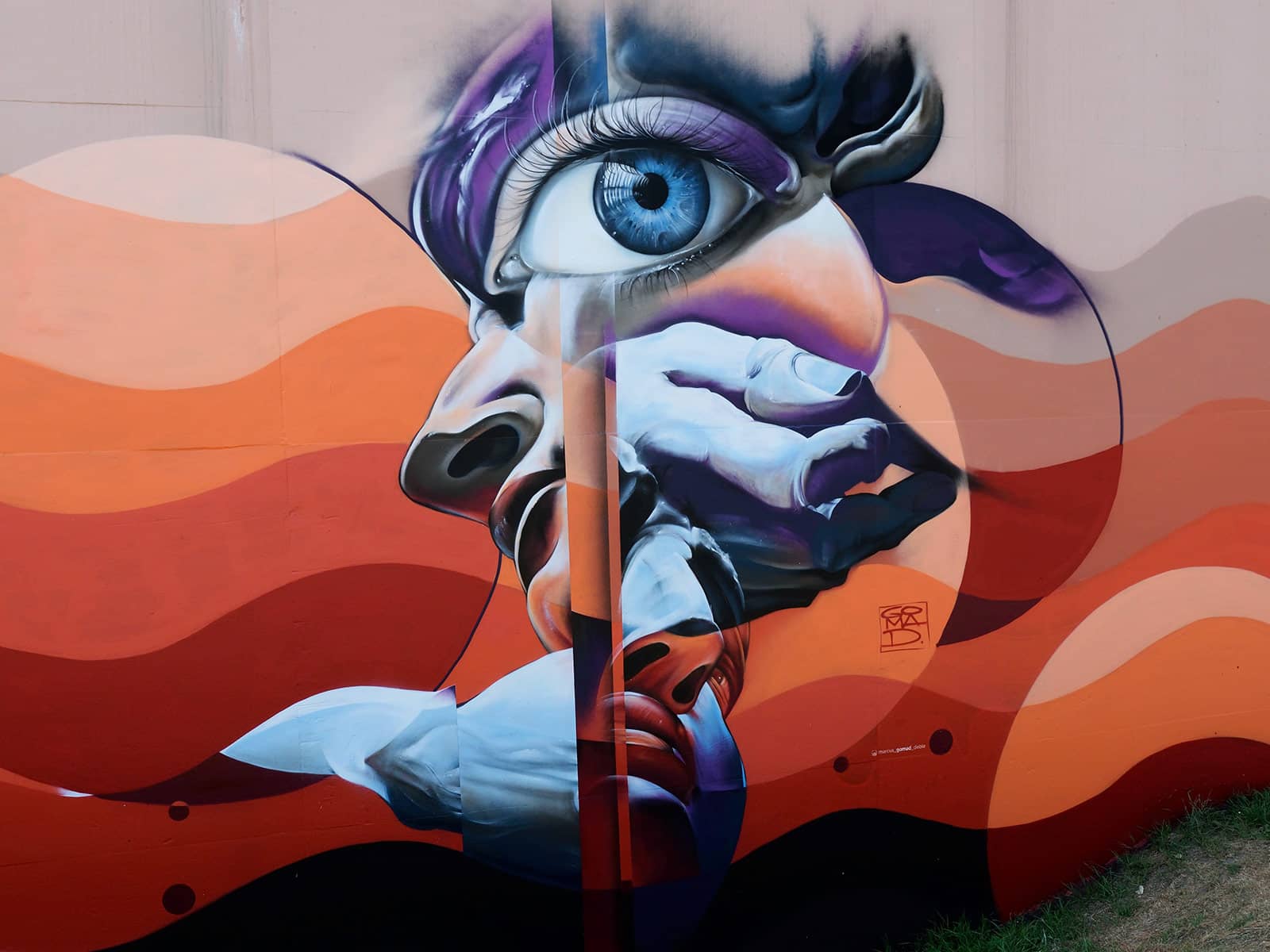 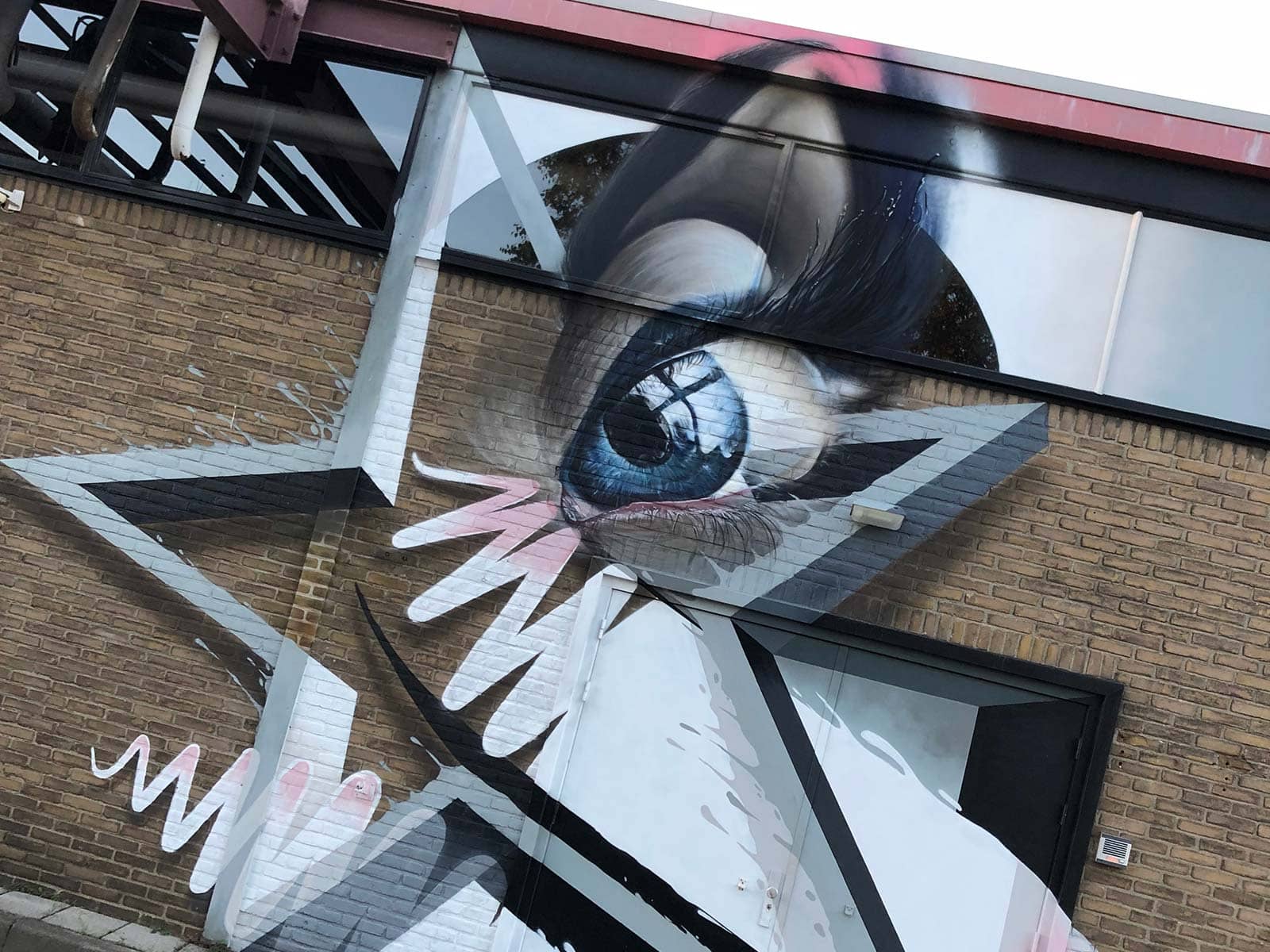 “I don’t think urban art has to have a specific contribution. I think it can be a way to bring visual arts closer to people who have no particular interest in them, since the public space is used by all citizens. It can contribute with points of view or questions that arise in art in general. The more variety of proposals, the more enriching it will be for culture.” 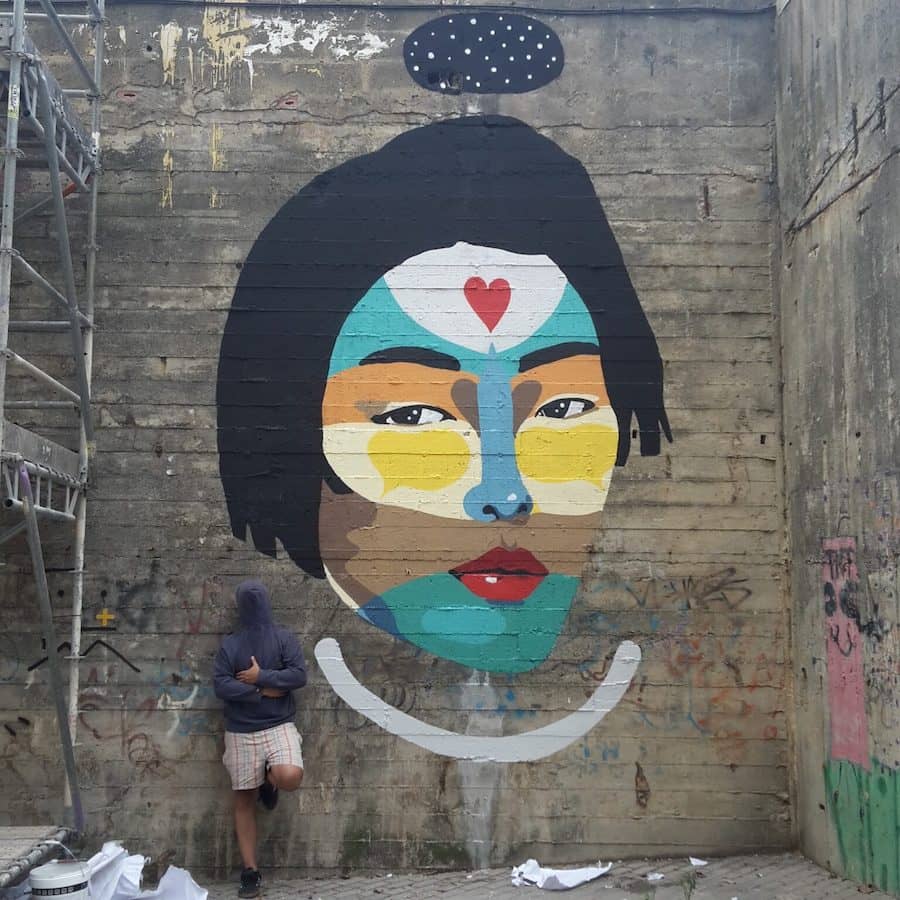 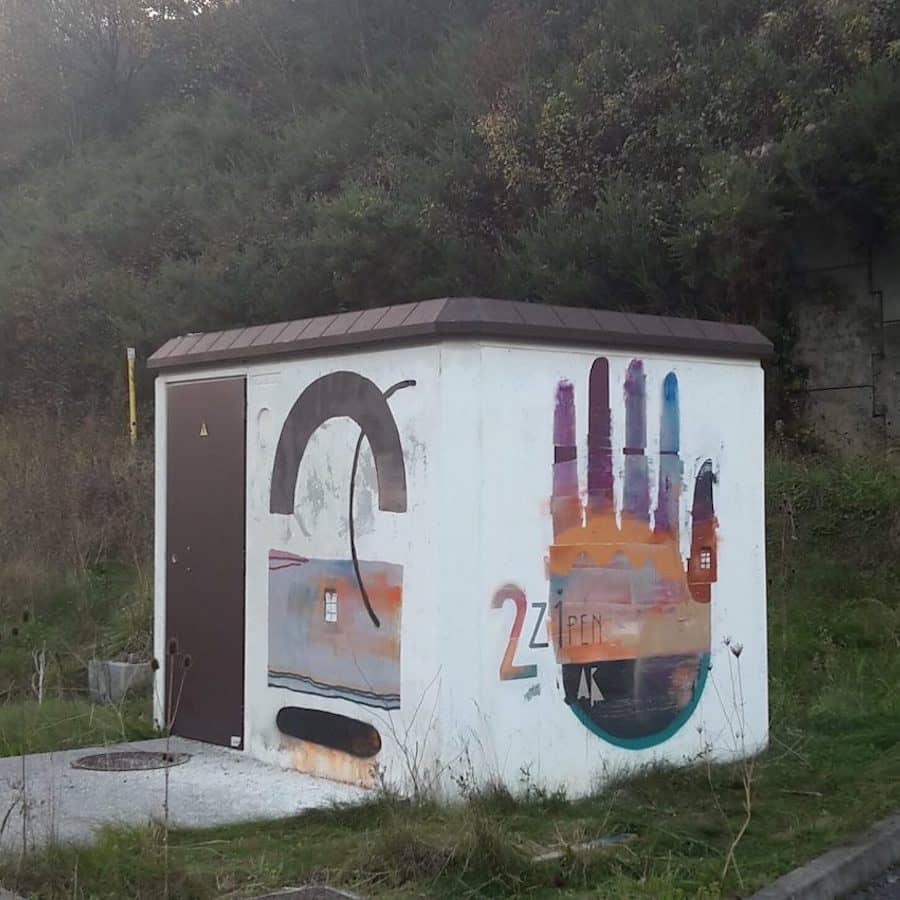 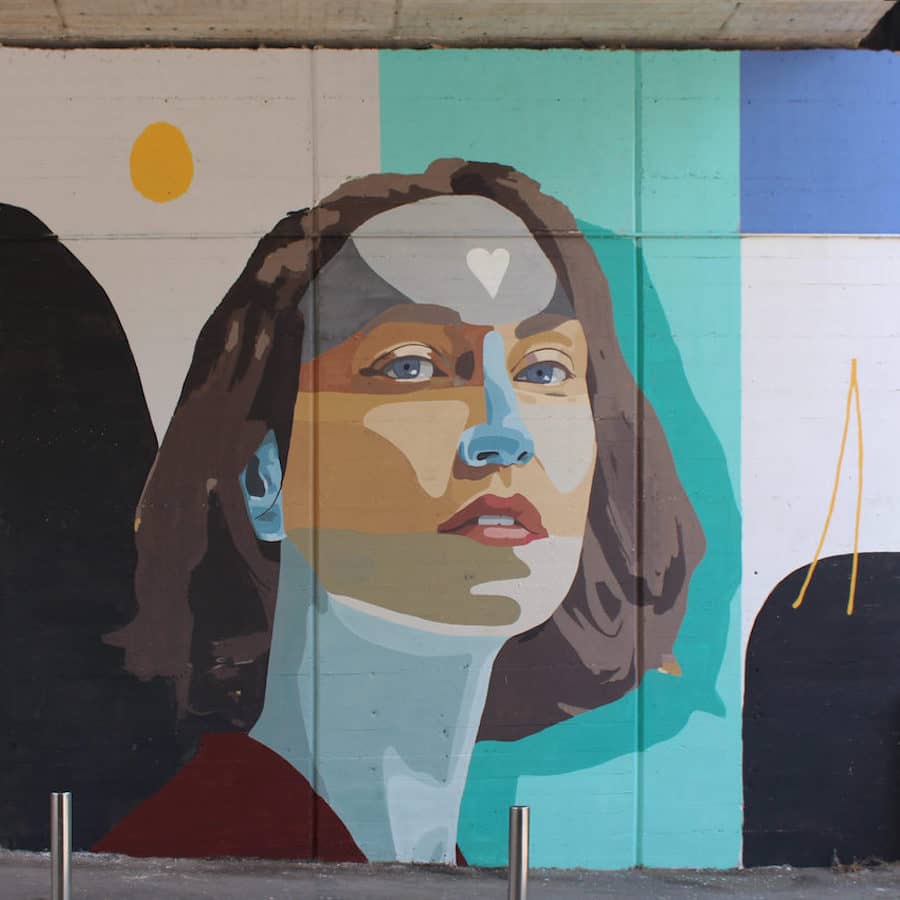 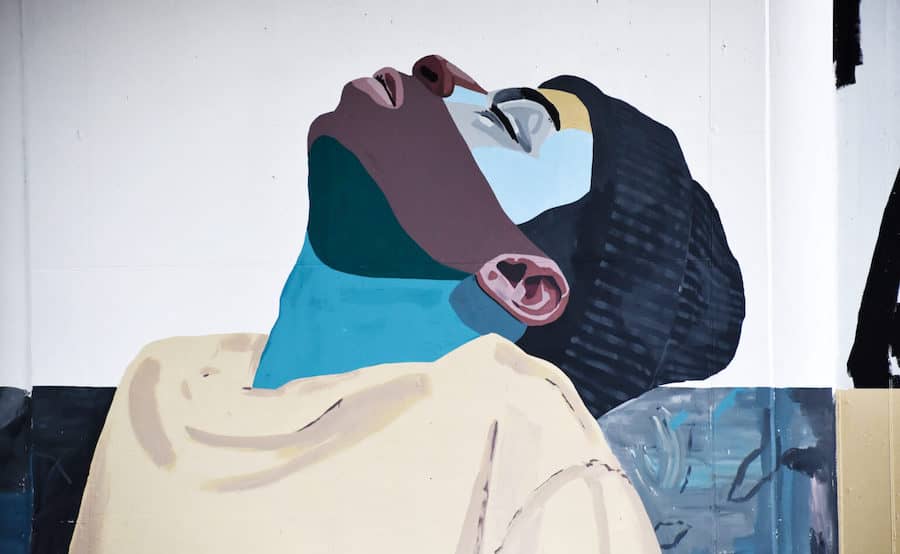 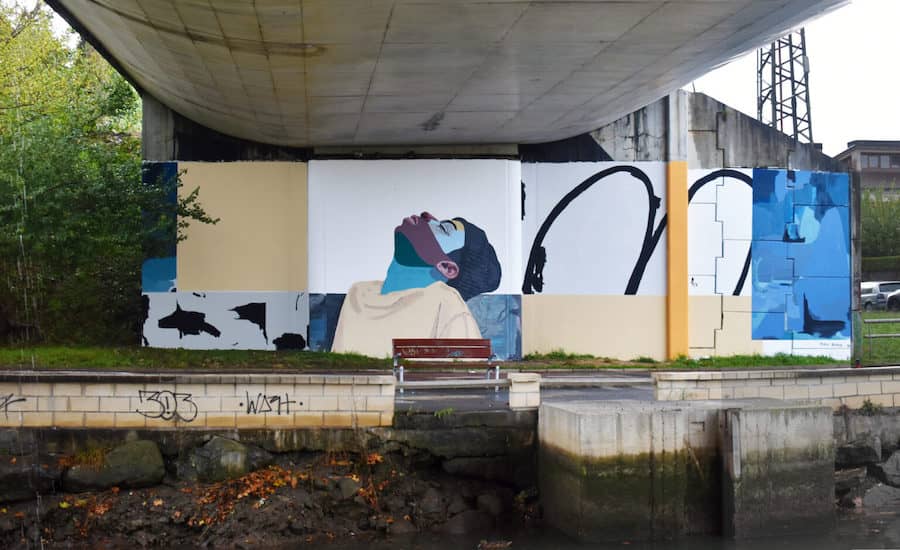 “For me, urban art simply has the role of bringing art into a public space. Not art in general, but with urban art I mean all those practices derived from or related in some way to street art or graffiti writing that are then developed into a form of painting or installations, mainly vertical, on the walls in public space.

So, basically, the role and the importance of this phenomenon is the fact of bringing art to everyone, even in a forced way. This means bringing art out of the galleries and art studios into a space where it can be enjoyed and seen by everyone. This has brought big changes to the territory, in urban city spaces, and has drawn a certain aesthetic that until a couple of decades ago was very different. Especially in cities, whether industrial or residential areas, often what was gray and sad is aesthetically regenerated with artistic interventions of more value.

All these phenomena can lead to many reactions, from tourism to that of artistic and cultural enhancement; they can stimulate new collaborations and the implementation of communities that exist in the territories, and they can stimulate thoughts. I mean, what I think is fundamental in painting in public space is that you provoke a reaction in people – positive in most cases, negative in a minority – but stimulating a thought for reflection, a perspective. For example, one thing I care about when I paint is that, especially in the neighborhoods that are more deprived, disadvantaged, and poor, the kids living there can be stimulated to create something, just by seeing what we do.

For me, all gestures and approaches to painting, even those related to graffiti writing, classified by many as a destructive gesture, are in fact always a way of creating something, bringing color and cultural stimulus. So, for me, the role is simply cultural and artistic and, in some cases, also social. However, for the social role there is a need for collaboration, for a direct exchange with the territory and its inhabitants, which often does not happen. Many politicians make themselves look good, talking about the projects that support urban art, talking about regeneration, redevelopment, etc. What we do doesn’t solve problems, but it is a starting point. I give the example of the Lunetta neighborhood in Mantua, Italy, where for six years we have been helping to organize this festival called Without Frontiers. The work in that area has been really important; it has stimulated a new path of growth of urban regeneration. But it has come because the project has had a constancy that has developed important synergies with other realities, with the community and the locals, etc.

For me, essentially, urban art must be a creative stimulus, a stimulus to rethink our way of living in urban space. It is not problem-solving, but it is a stimulus to have a different view of our territories and to appreciate them more in a certain sense, to love them more and to take care of them.” 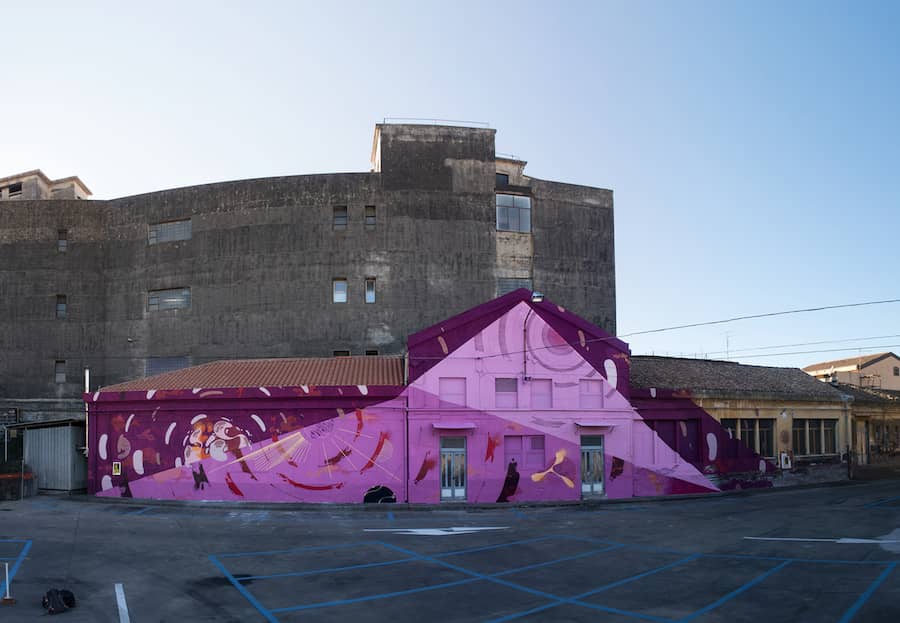 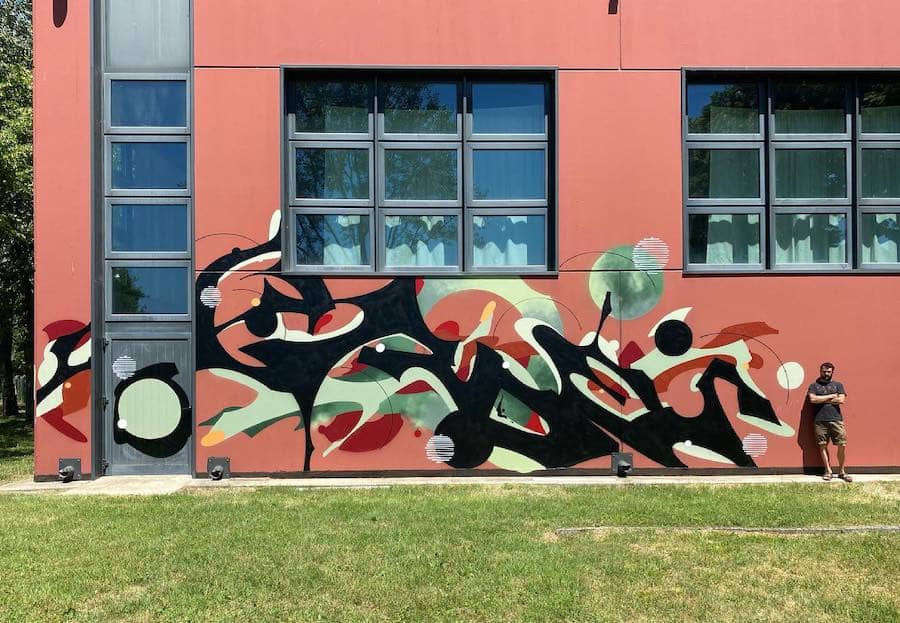 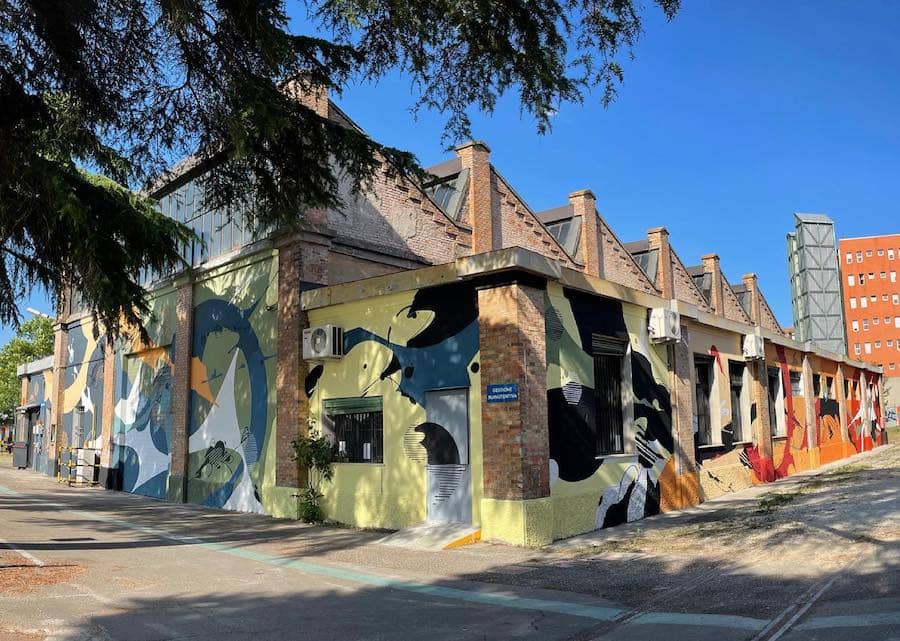 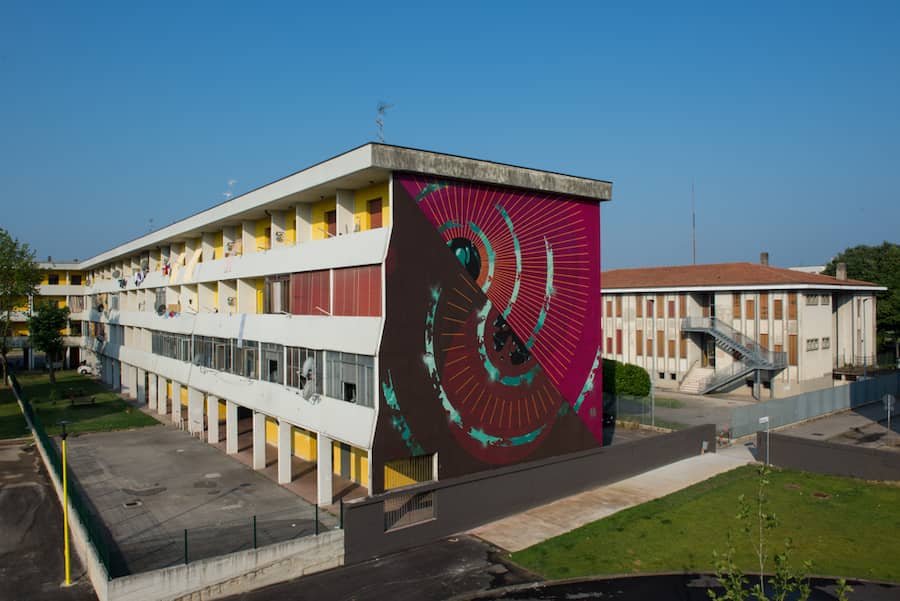 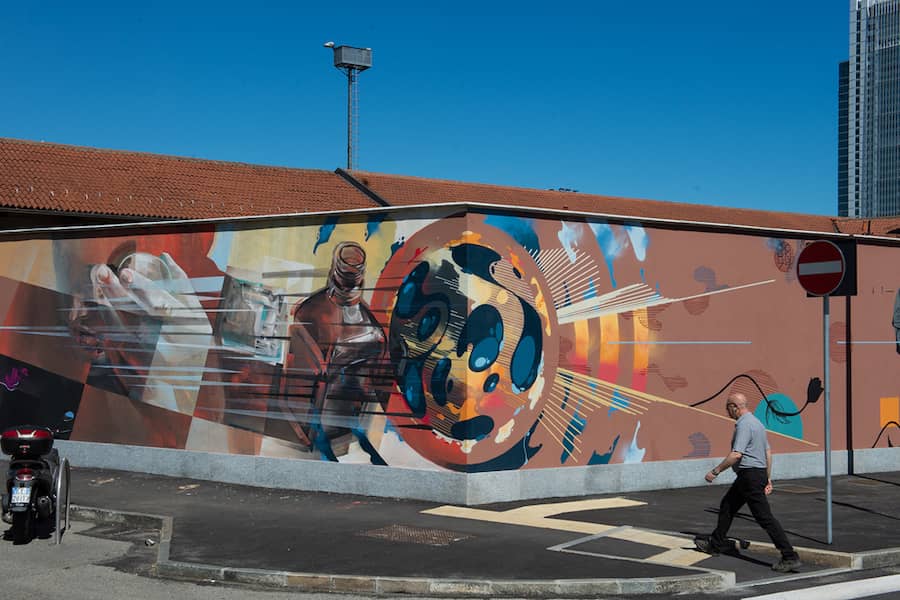