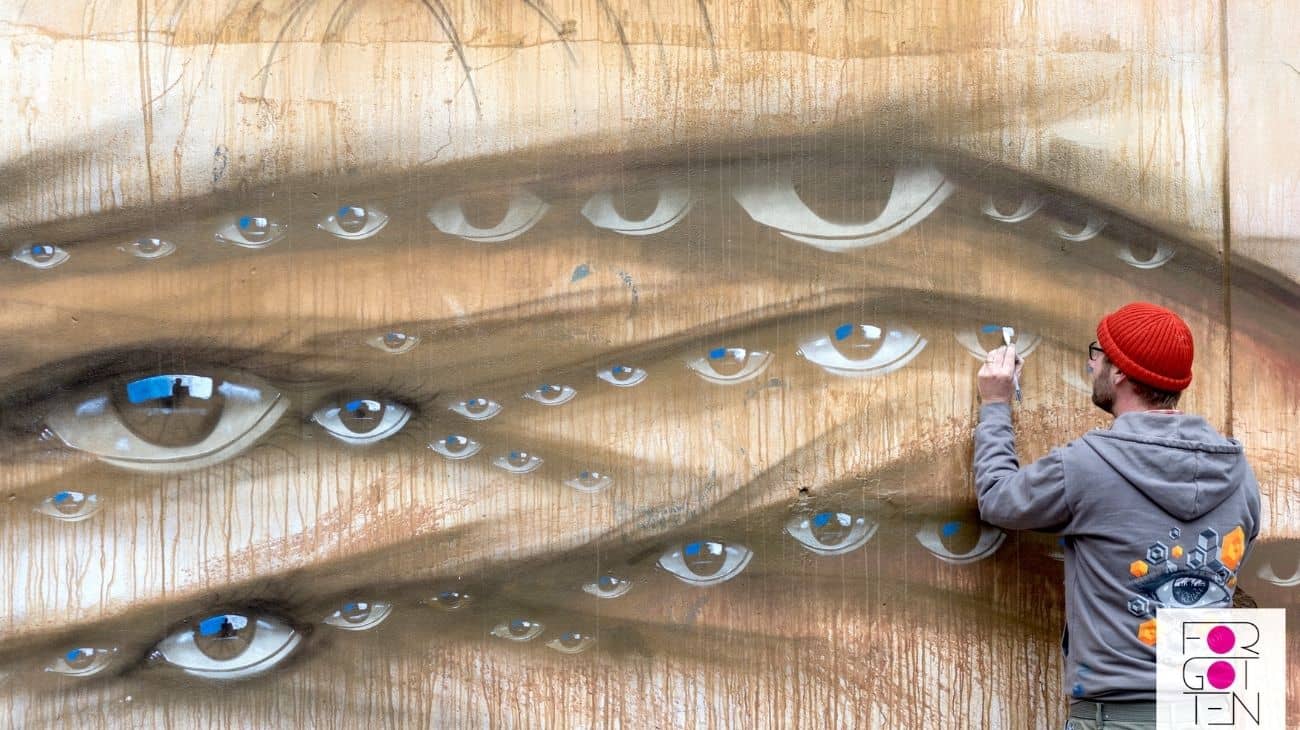 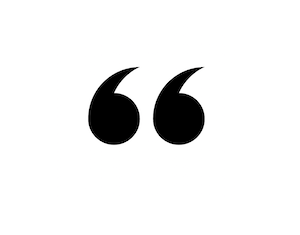 The immediacy of urban art is today more than ever a double-edged sword.

Forgotten Project was born in 2015 to enhance the contemporary architecture of Rome through urban art, especially of buildings that are at risk of being forgotten by residents who no longer recognise their social, cultural, and urban significance. Can you tell us more about the project and how the idea was born?

Contrary to the label, the project was created to raise awareness of the issue of urbanity rather than art. The indifference to contemporary architecture in a context like Rome was the trigger from which the project was born. On the other hand, the poetics of the artist Blu was the other push towards the contextualization of the intervention concerning the place in which it was inserted, so the surface on which the intervention is carried out and the work itself are in open dialogue.

What do you think makes urban art a strong and efficient communication tool? Where do you see the possibilities and limits of this art form?

The immediacy of urban art is today more than ever a double-edged sword. On the one hand, it is an effective communication tool, yet on the other it risks reducing the content (the artistic message) to a minimum in favour of quick understanding (from social networks). The interest in recent years in the phenomenon of urban art must, in my opinion, be a stimulus to raise the bar in terms of the quality and content of the works.

Unlike many other projects that aim to redevelop the outskirts of the city, Forgotten is an experimental project, which brings urban art to the city centre. Does this pose different challenges for you? Thinking of a historic city like Rome, there is probably a lot of red tape to deal with when it comes to urban interventions.

Absolutely yes. Forgotten Project can be considered a slow festival, having an average of 5 interventions for each edition. This, in addition to dedicating the right attention (including media attention) to each intervention, has allowed us to better manage the city’s intricate bureaucratic apparatus, which was becoming increasingly difficult in the part of the historic centre considered a UNESCO World Heritage Site. One of the implicit provocations of the project was to bring art (of the super contemporary kind!) into the consolidated artistic fabric. The intention was to innovate, and in our small way, I would say that this is a successful aspect of the project.

What is your method when encountering a new project or edition?

Research and planning take up most of the time. Partnerships are the strongest point of the project because we believe in the network of both institutional and local operators. For these reasons, once the country* of the edition has been chosen based on the gap in the artistic offer found, we proceed to involve both embassies and cultural institutes, as well as cultural and social associations.

*Forgotten Project selects the artists by focusing each edition on a specific country, so as to delve into the artistic scene of that country and compare it to Italy.

How do you choose the participating artists? Are they free in the choice of works?

Artists must have never painted in Rome before and present a technique or message that is particularly innovative or not yet present in the city. Each artist receives a dossier on the topic of the intervention and the specific building but is free to ignore the topic or develop it according to their own feeling and understanding.

How and to what extent is the local community involved in the project or decision-making process?

I firmly believe in the employment of specified skillsets, which is why I do not understand the idea that public art should be designed by the community. I believe in the figure of the curator as a competent operator able to evaluate the different variables that determine the choice of the artist and the type of work. However, it is the curator’s responsibility to consider the effects of the work in the context in which it is to be inserted!

The entire Forgotten team works on a volunteer basis. How do you manage to finance your projects?

Forgotten Project’s business model is based on crowdfunding events and an annual fundraising campaign carried out thanks to the collaboration of the artists who create a limited series of author’s serigraphs (silkscreen prints). The remaining part is made up of donations and technical sponsorships.

What were the key learnings from your past projects such as collaborations with artists Lucy McLauchlan or My Dog Sighs?

Inviting foreign artists has always been a priority of the project, to the extent that someone even accused us of xenophilia. But the reality is that we were looking for a confrontation – both technical and cultural –  with artists coming from different backgrounds, able to offer an external perspective to measure ourselves technically with the Roman art scene. Working with artists such as Miguel Januario, My Dog Sighs, and Lucy McLauchlan, while also involving them in our audience engagement side events, allowed us to establish a new dialogue on the theme of the city.

Do you have any plans for future projects?

Urban art is changing a lot. The intention is to reduce the number of interventions to a minimum and provide artists and clients with tools, resources and know-how so that we can continue to talk about ART and not just decoration. 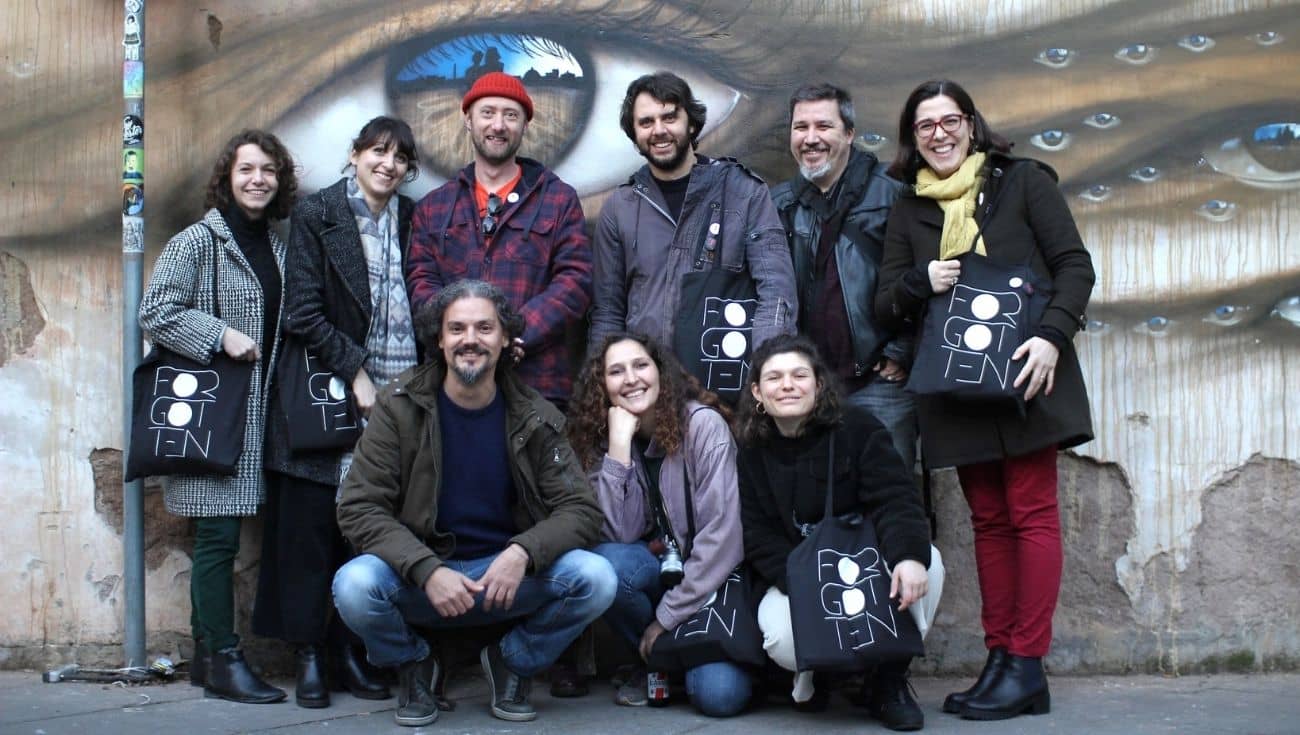 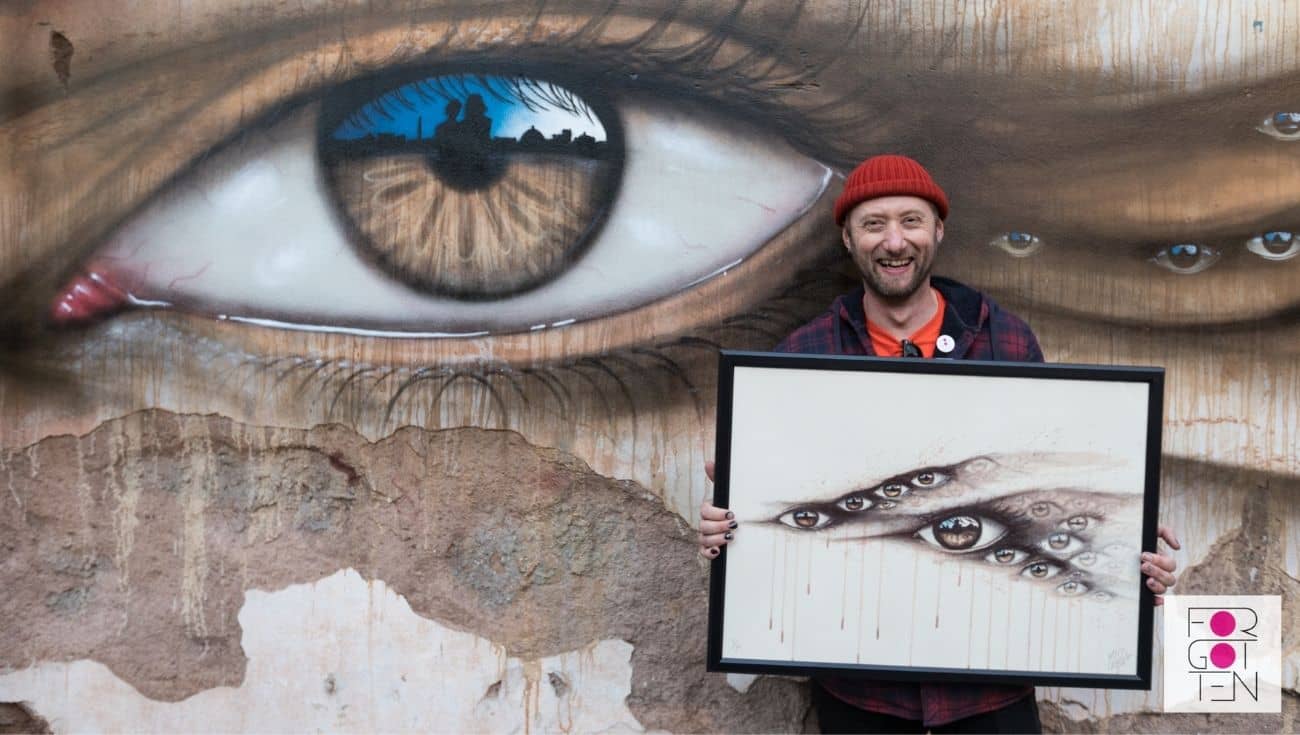 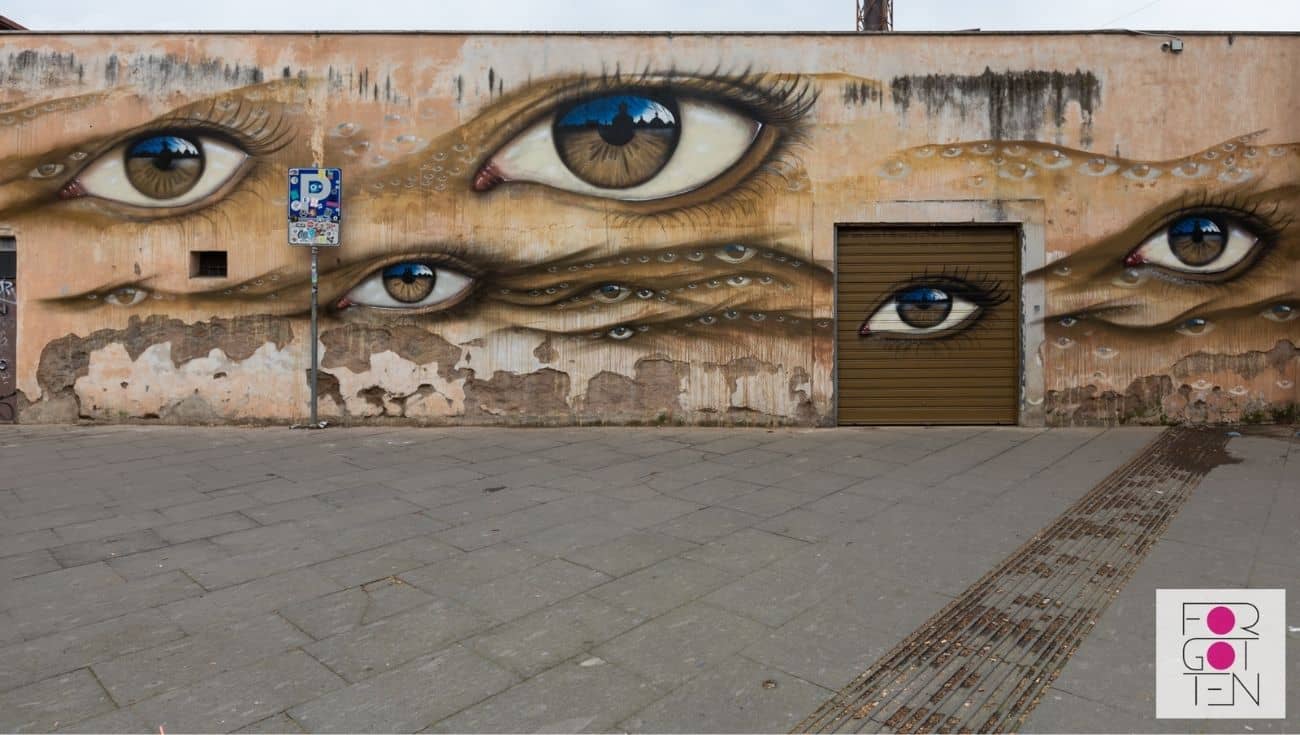 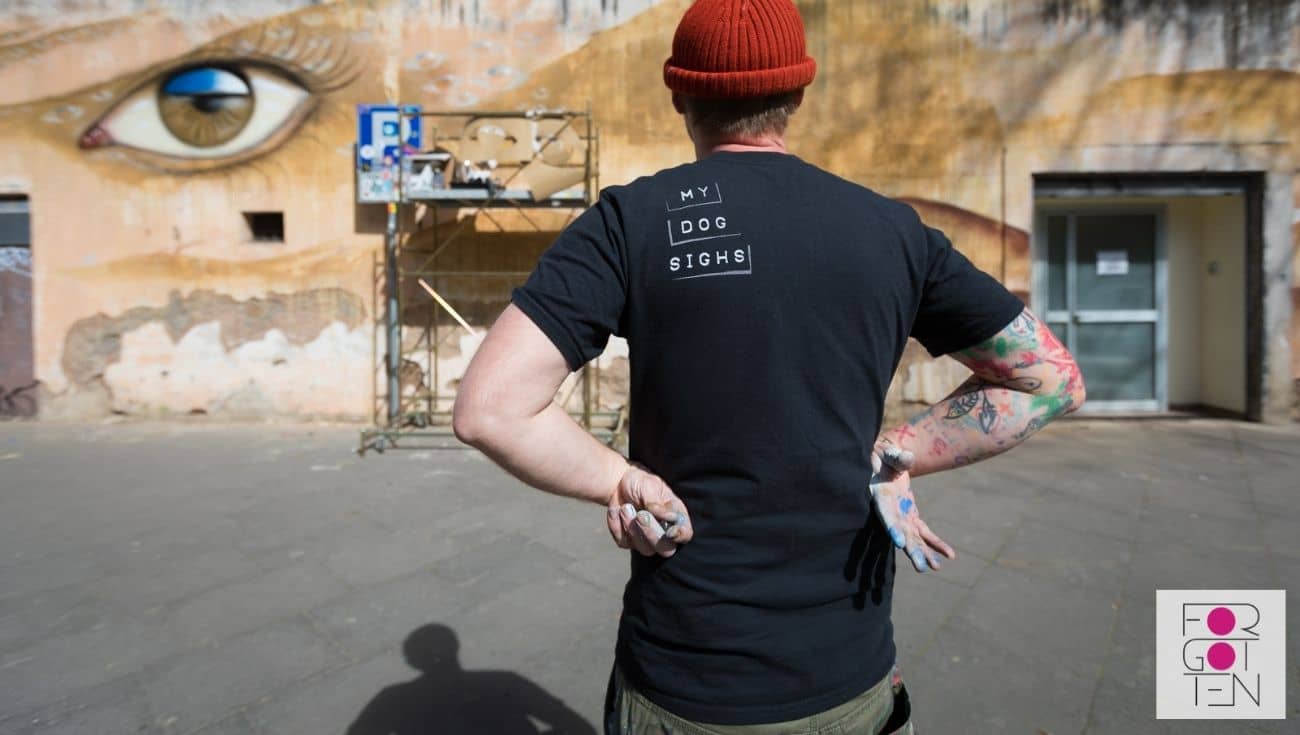 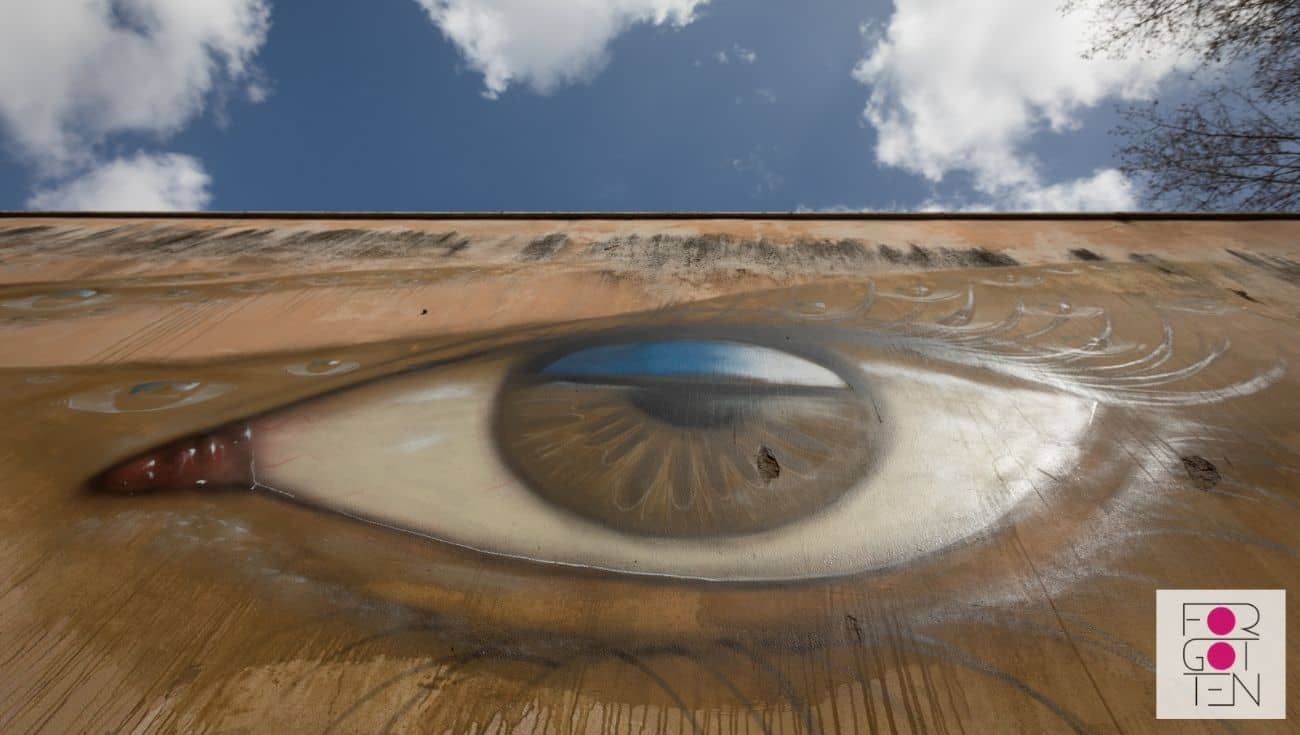 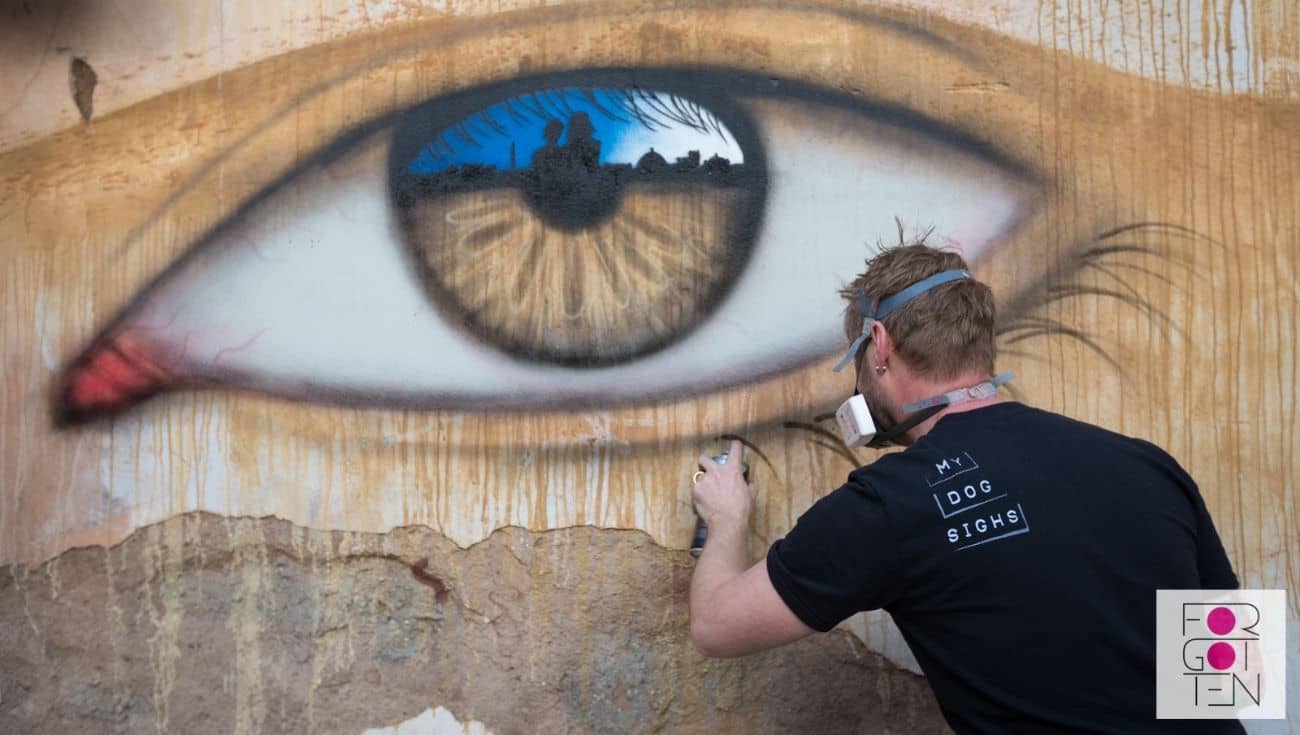 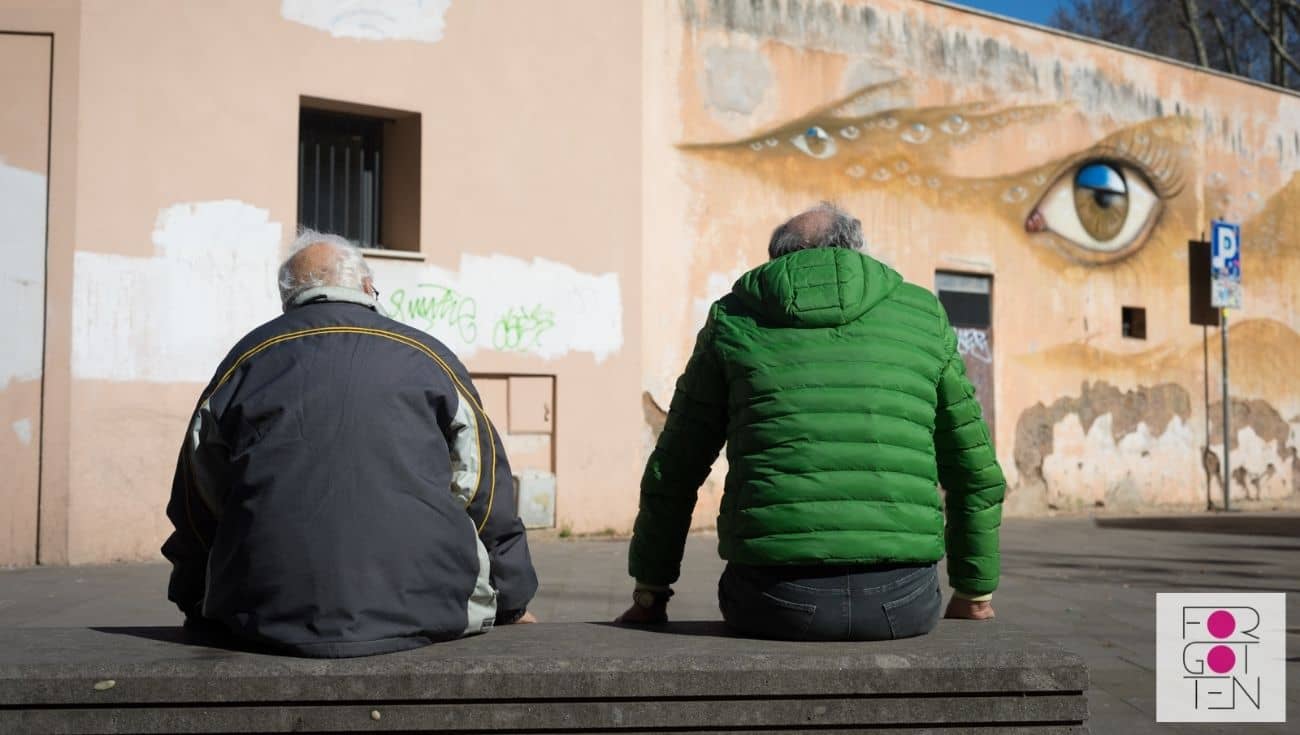 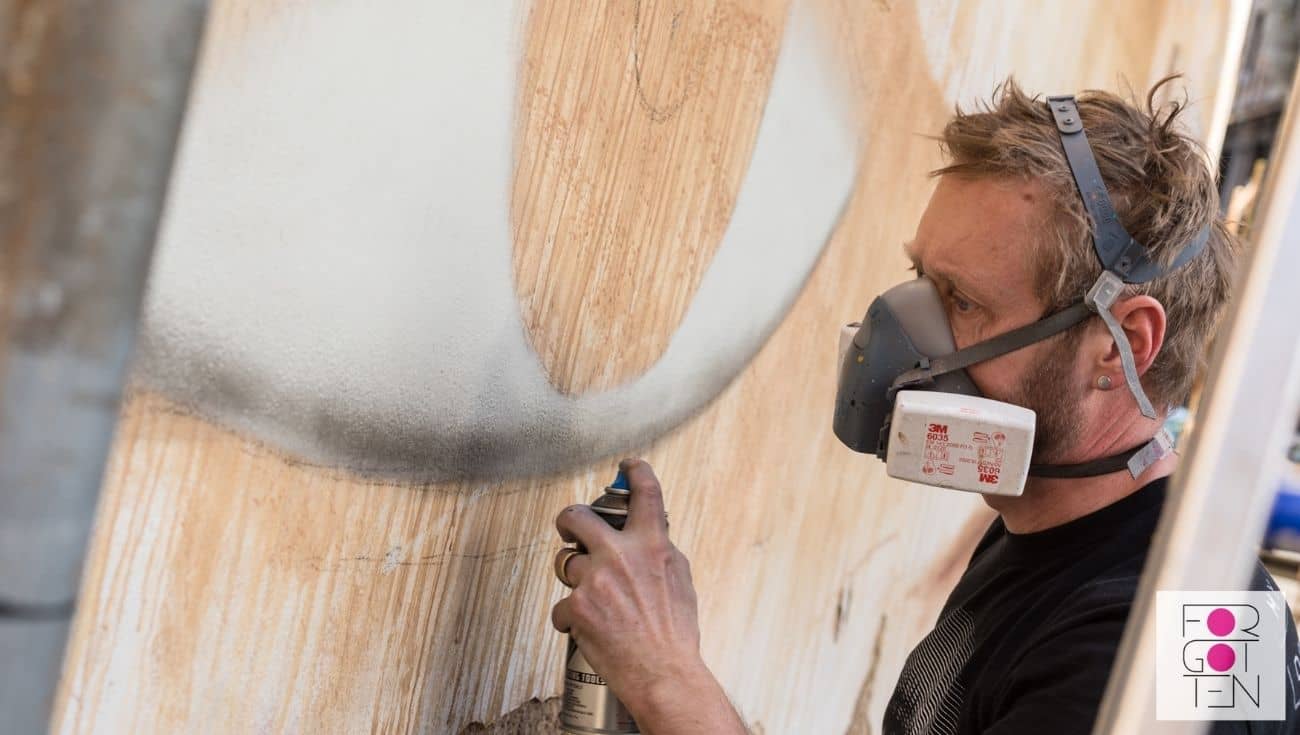 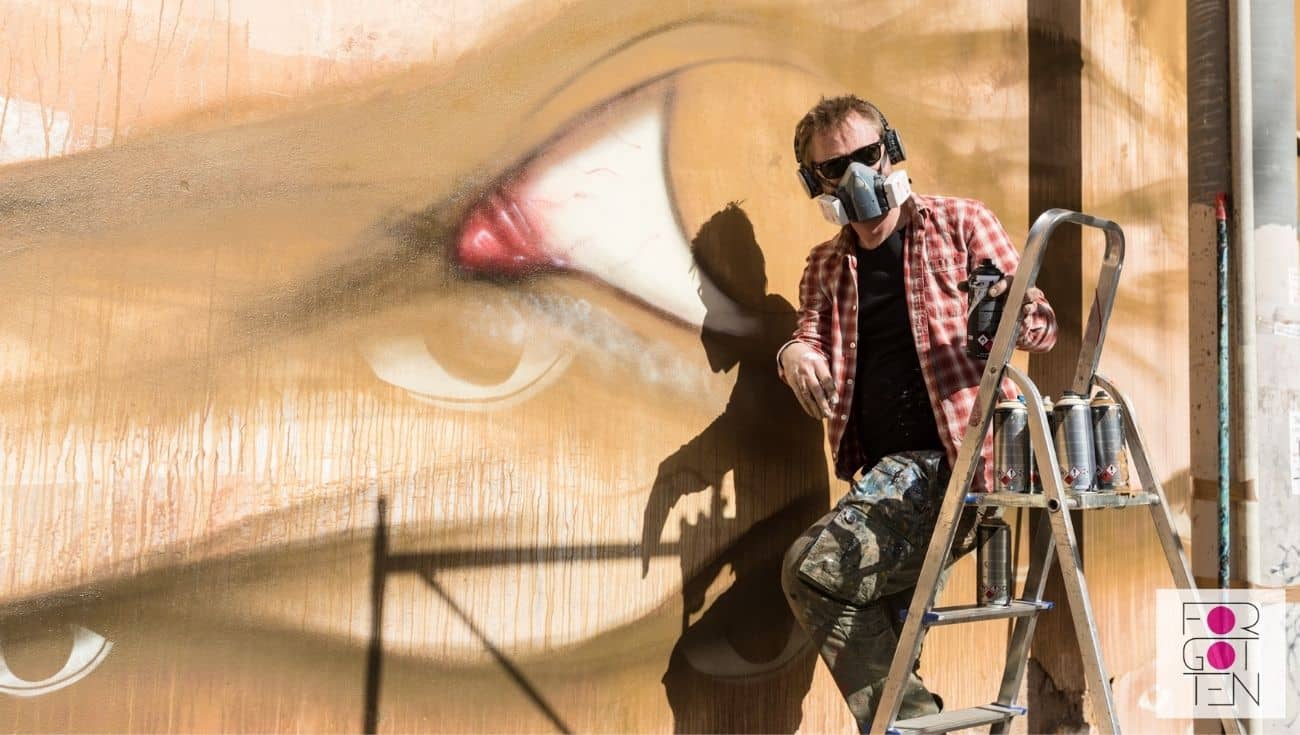 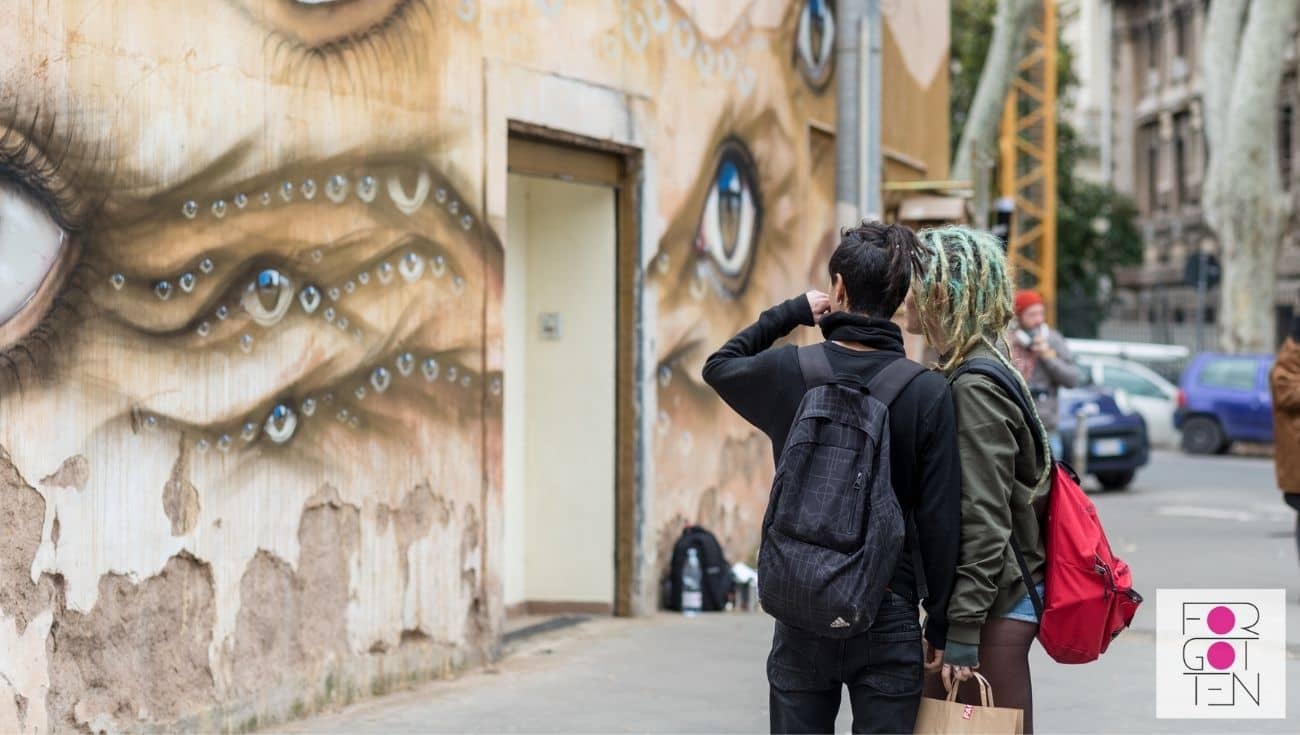 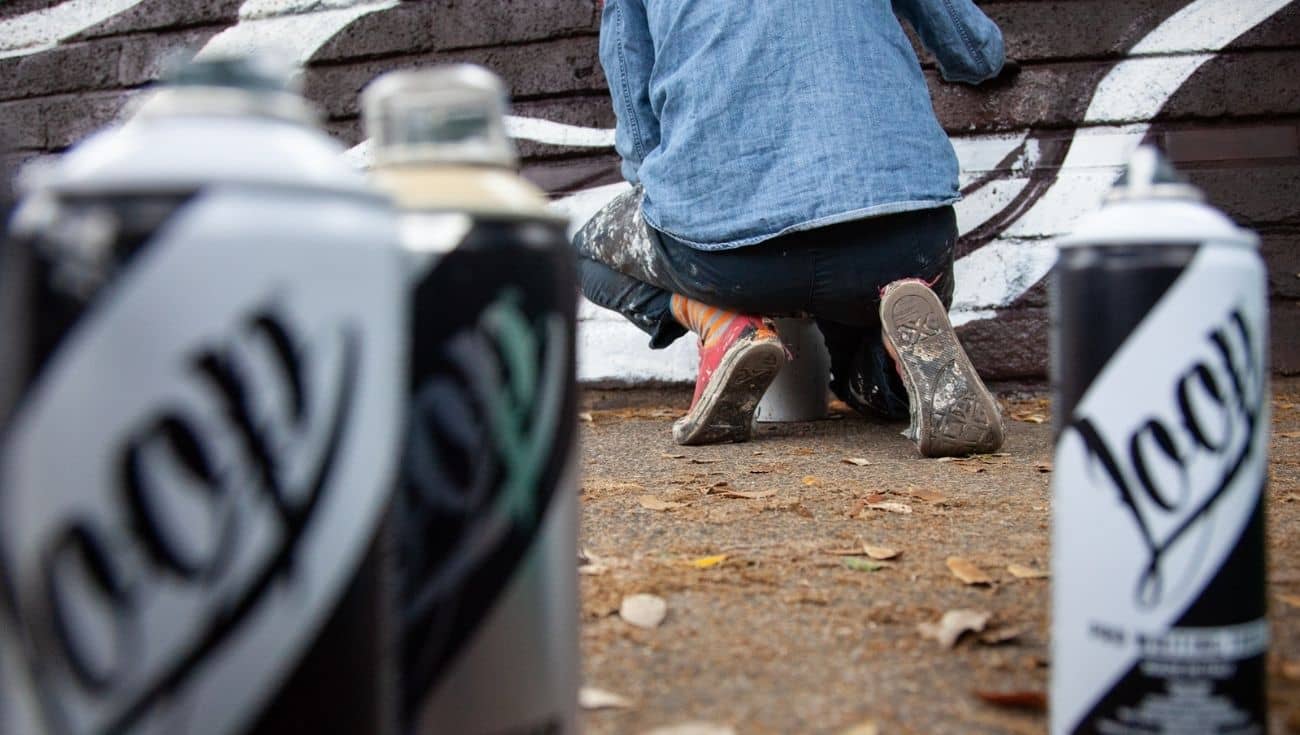 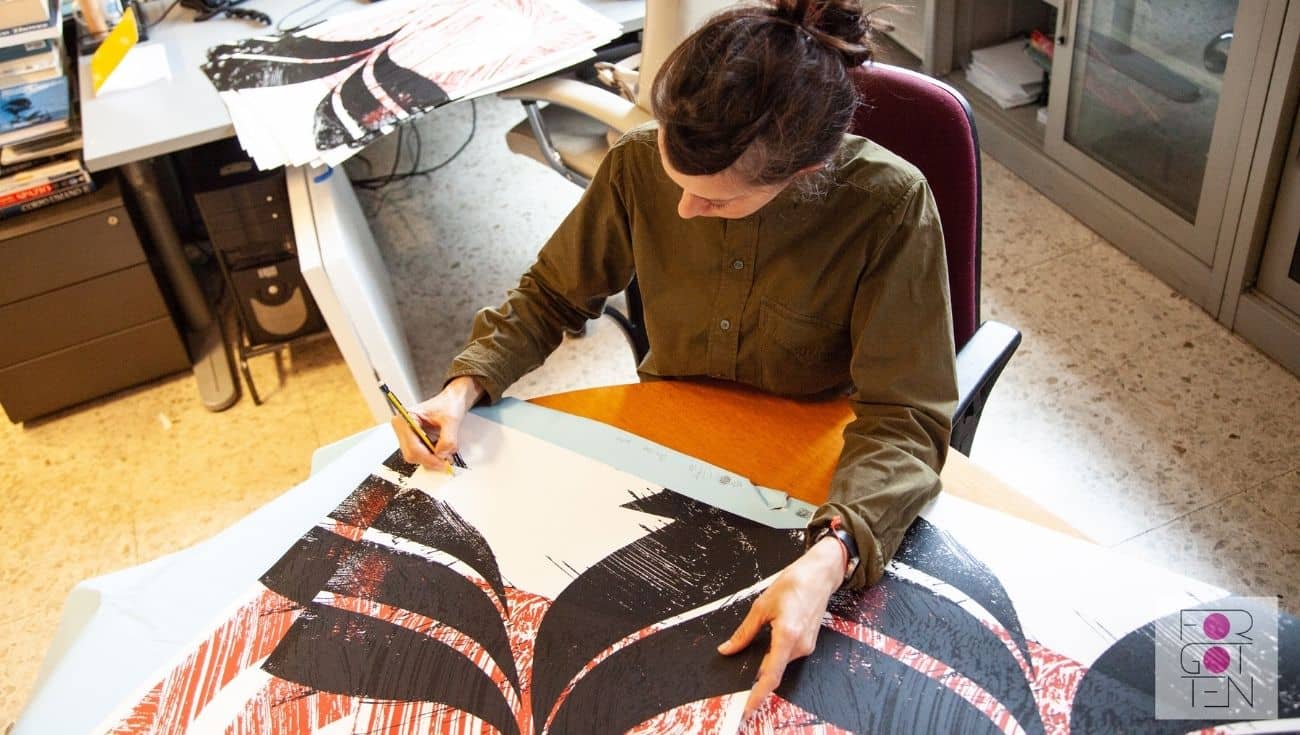 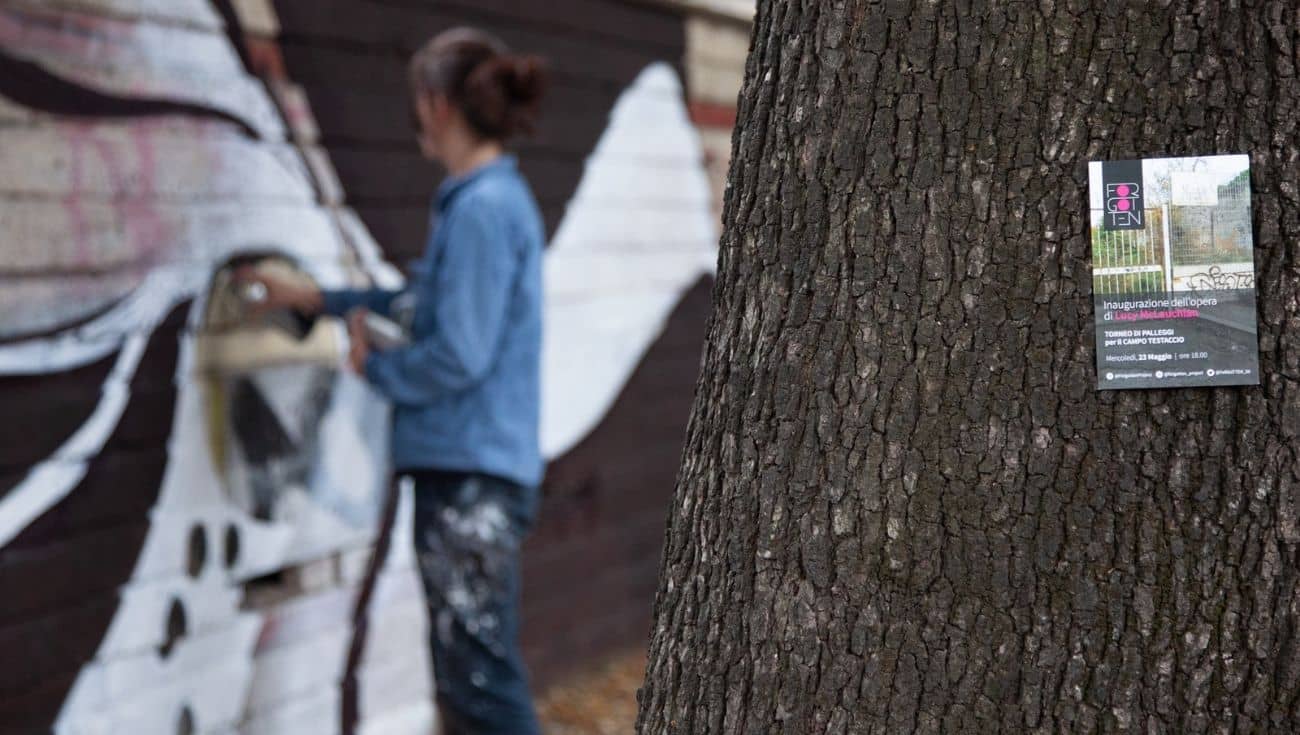 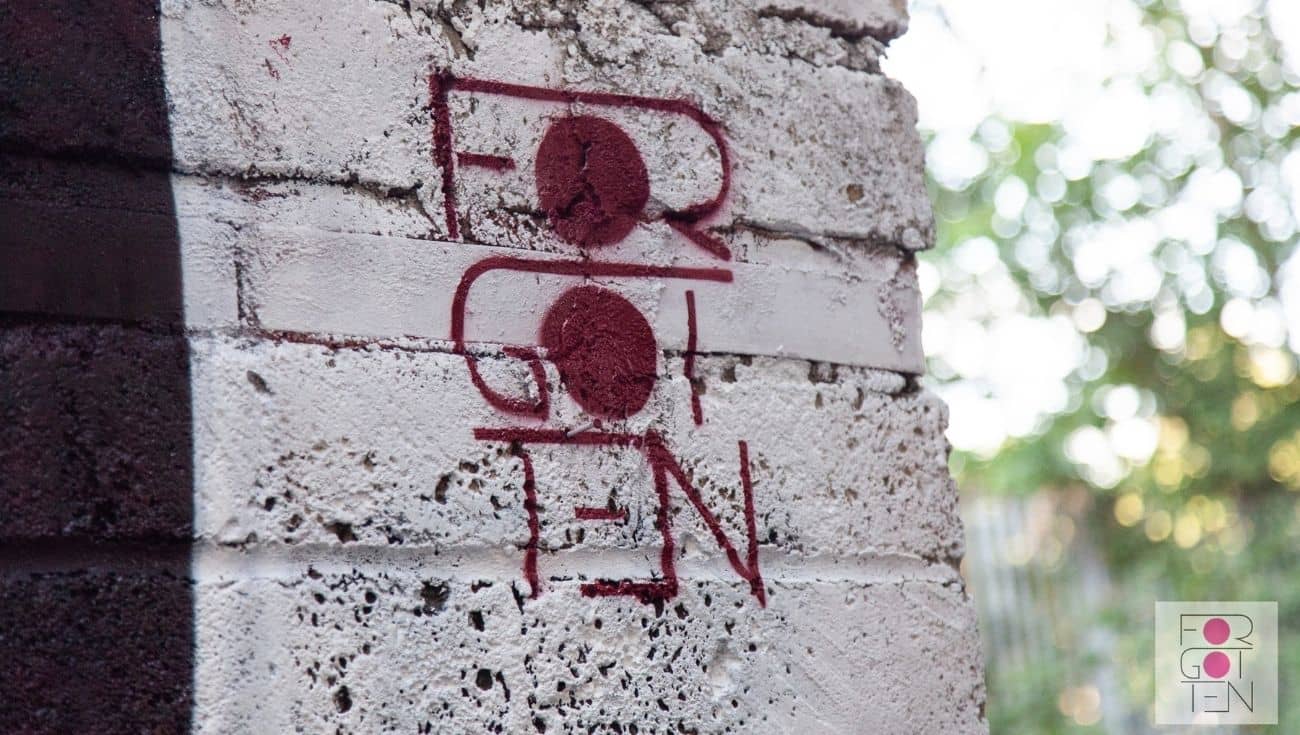 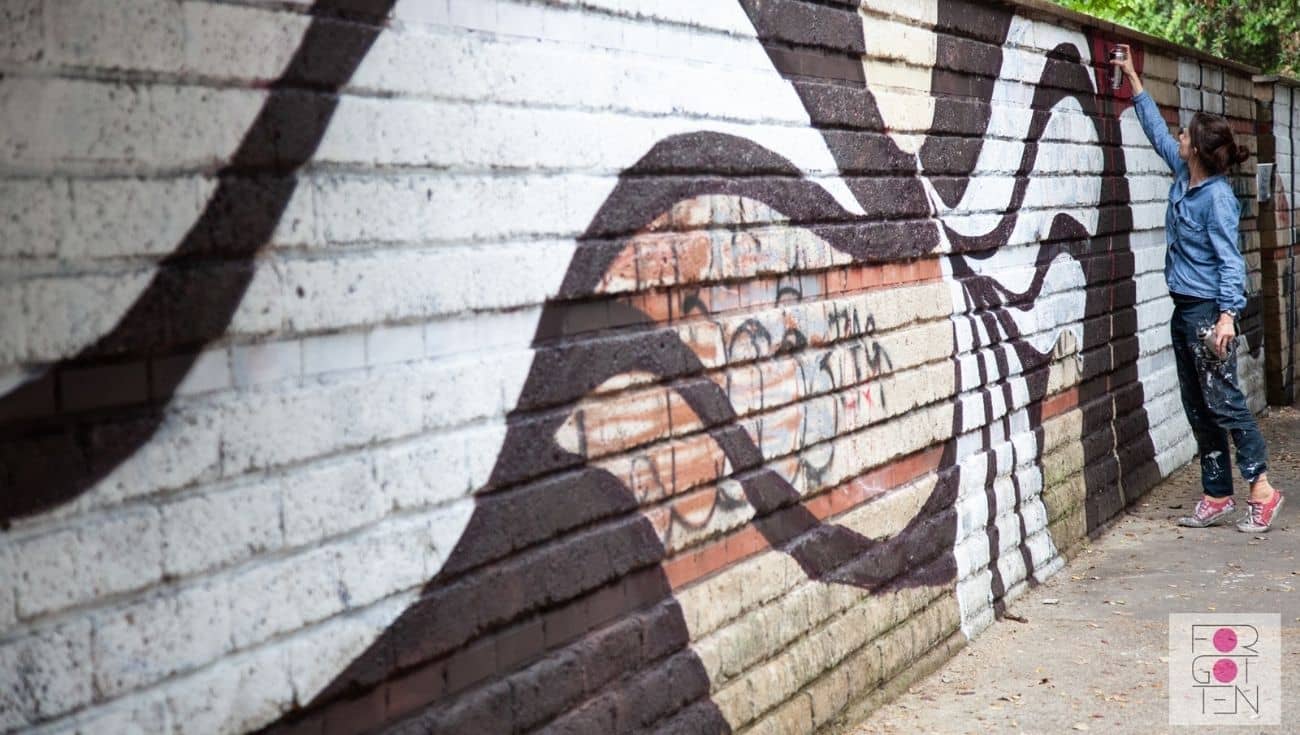 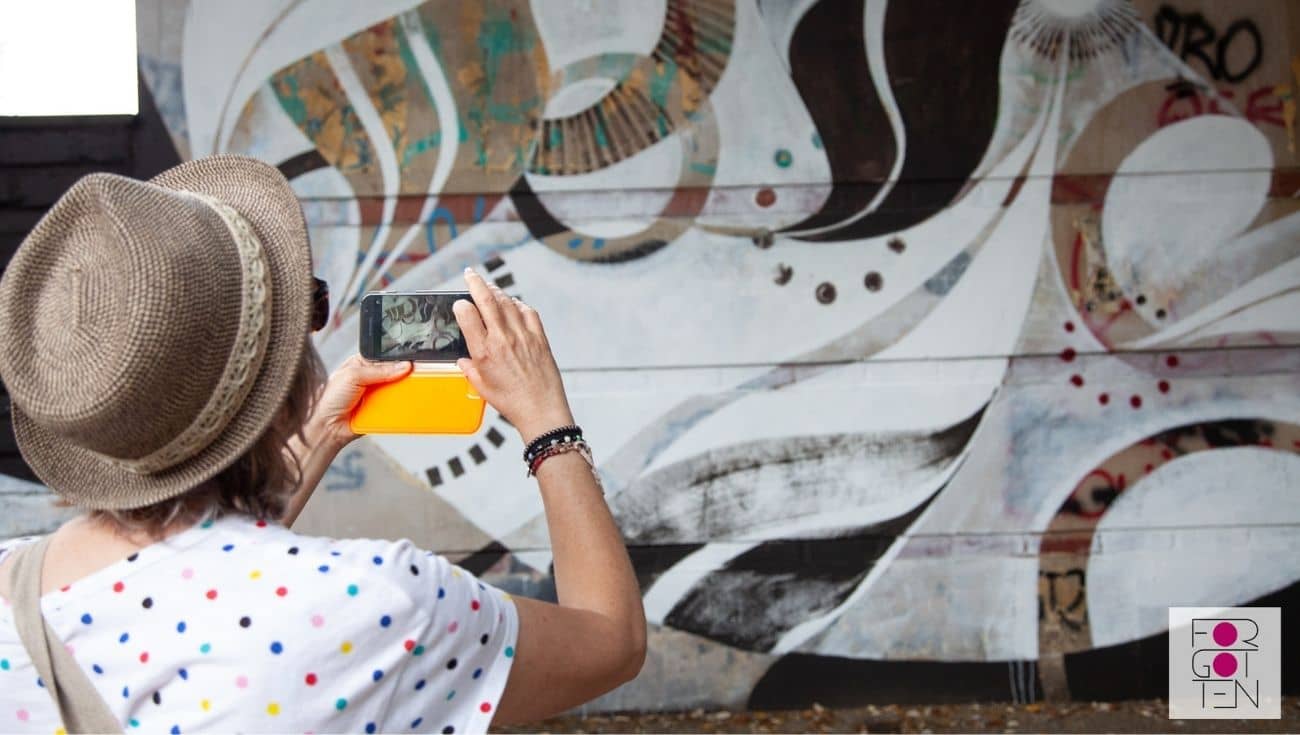 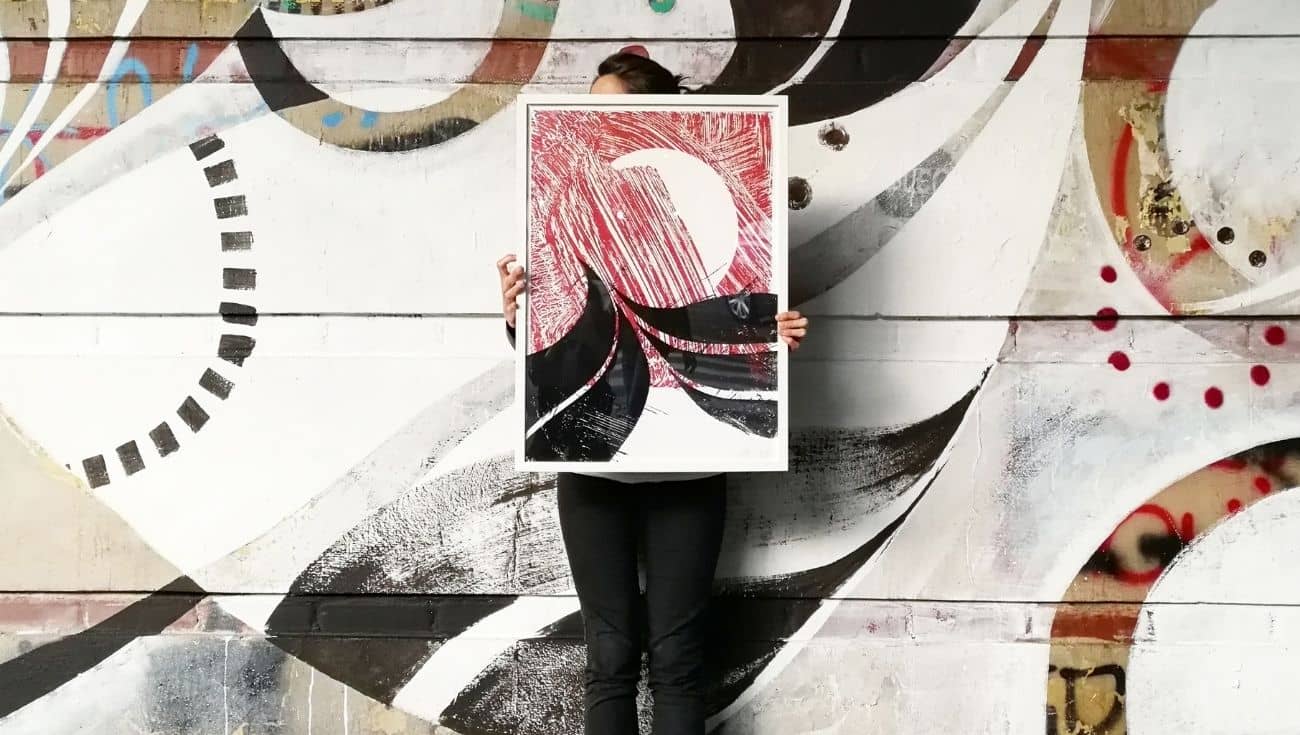 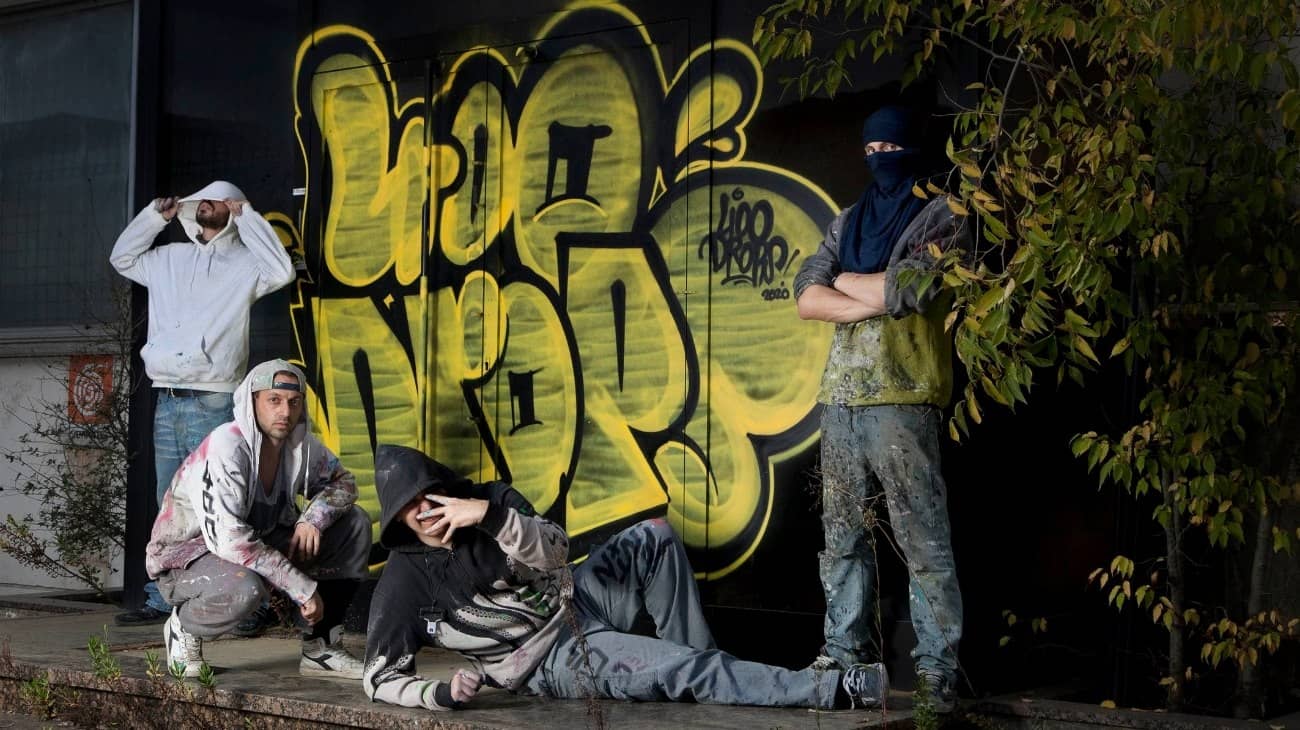 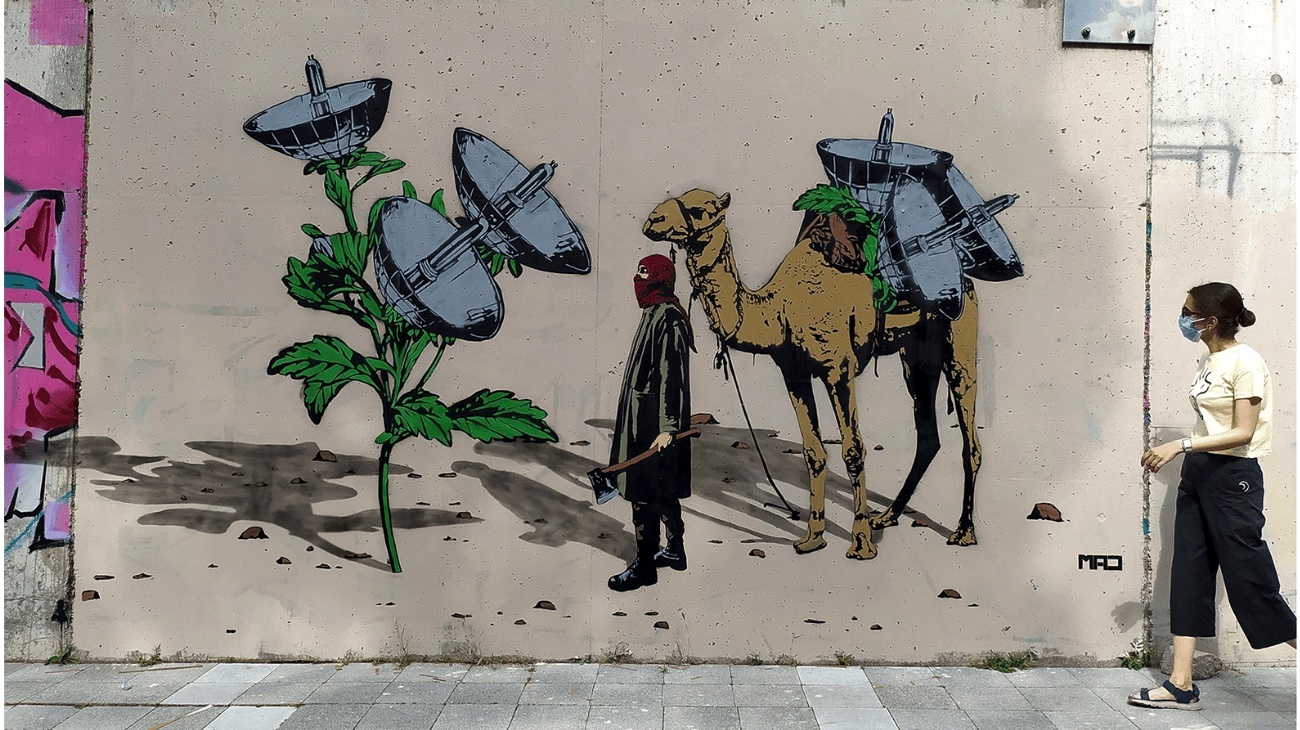 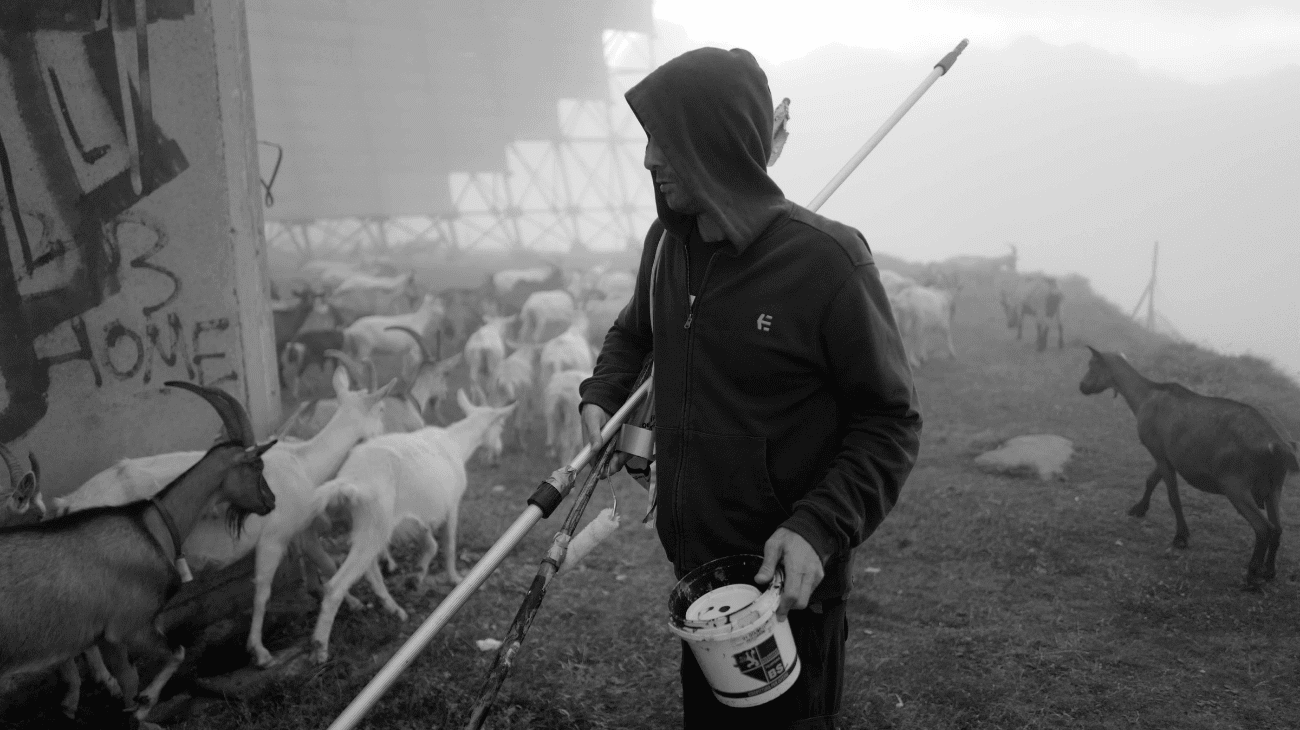 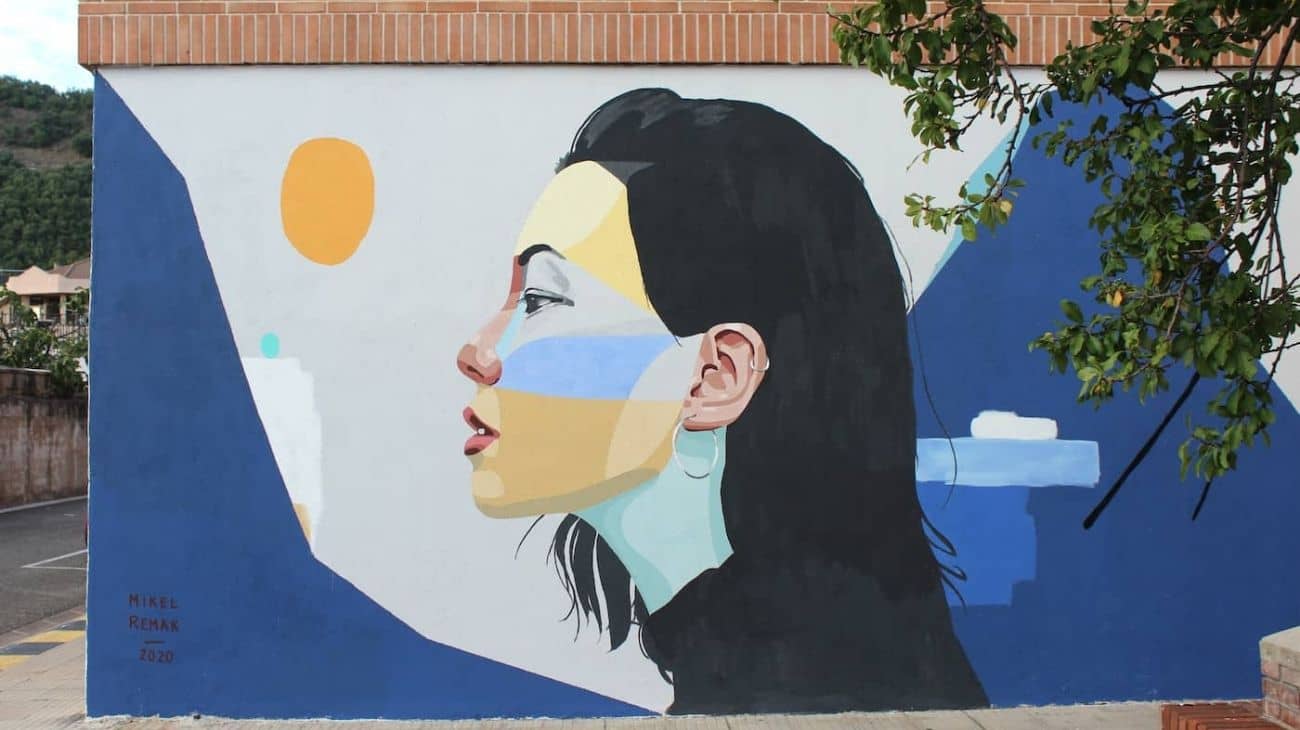